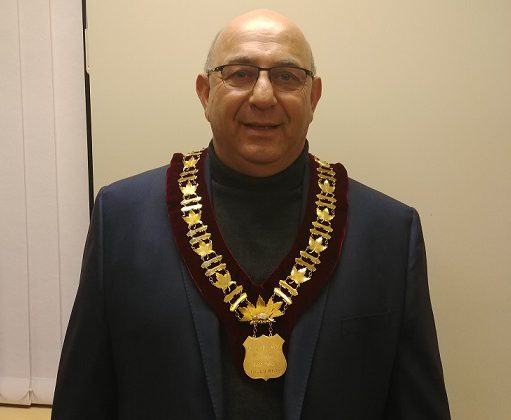 A report from Castlegar Mayor Bruno Tassone on his activities at the Federation of Canadian Municipalities (FCM) conference has been released. It’s included in the agenda package for the June 20 Regional District of Central Kootenay (RDCK) board meeting.

Some city councillors were questioning him earlier this week on his activities during the conference and how much of it he actually attended. Mayor Tassone wouldn’t respond saying he went as a director for the RDCK, and would release his report to them first.

Specifically, he was asked whether he attended a companion tour which are organized for the guests of those attending the FCM conference, held in Quebec City this year from May 30 to June 2.

His report indicates he went on two companion tours – one a boat ride on the Saint Lawrence River looking at its history. He went on this “instead of study tour Global Supply Chain,” according to his report.

There were four keynote speeches from each of the federal political party leaders; Mayor Tassone only attended one given by Prime Minister Justin Trudeau. He also went to the trade show, FCM elections, and the opening and closing ceremonies. This was in addition to registration and orientation on the first day.

Some city councillors are still not happy with the mayor after seeing his published report and want to know what value the companion tours had for the tax payers. Councillor Cherryl MacLeod also attended two companion tours during the conference.

Other councillors attended all four keynote speeches and a number of workshops and study tours on topics such as public arts, managing public waterfront lands, and assistance for vulnerable people.