Evacuation Order in effect for areas of Castlegar due to wildfire 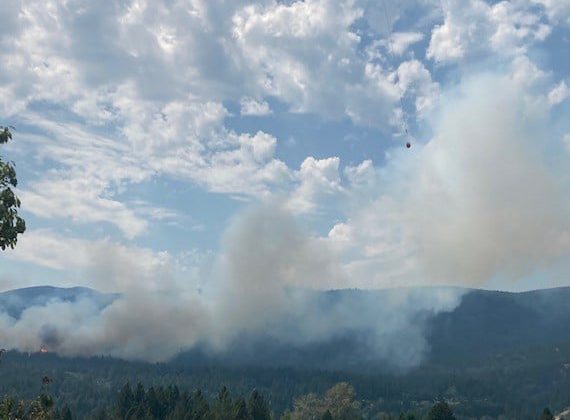 Smoke from the Merry Creek wildfire burning near Castlegar. (Supplied by the BC Wildfire Service)

The Regional District of Central Kootenay has expanded its Evacuation Order to include three more properties for a total of 31 properties in Electoral Area J due to the wildfire. 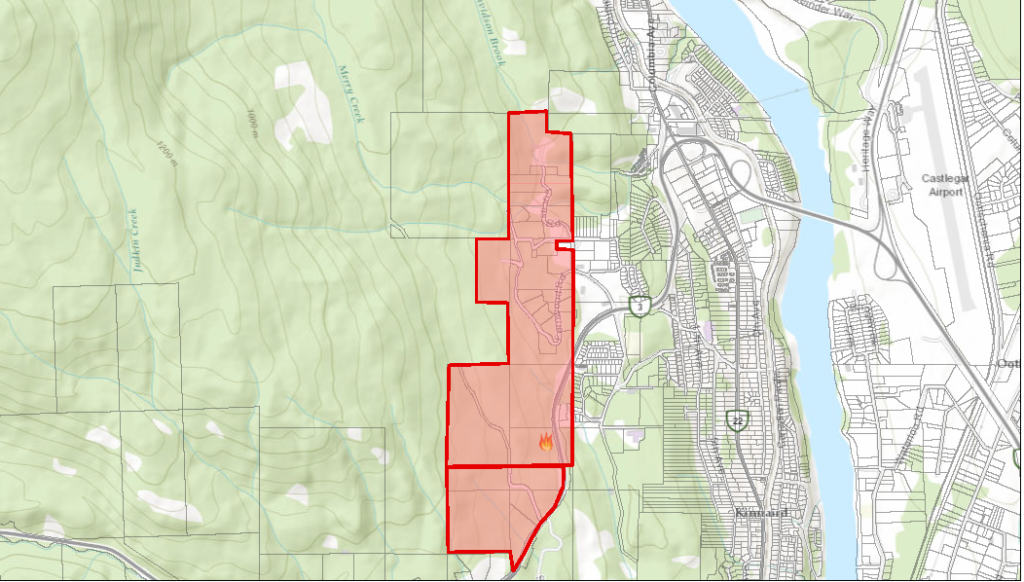 (Supplied by the RDCK)

According to the BC Wildfire Service, the wildfire is still out of control, outside of city limits, and is now sitting at 15 hectares in size.

Based on the current status of the Merry Creek Wildfire and the favourable weather expected overnight, the City of Castlegar said the Evacuation Order issued for the previous Meadowbrook Drive, Tassone Place, Highland Drive, and Castlegar Care Centre areas has been rescinded and changed into an Evacuation Alert.

This means the residents in those areas are allowed to return back to their houses but need to stay prepared to leave again if the situation gets worse.

According to the BC Wildfire Service, the fire, outside of the City of Castlegar limits, is being labelled as out of control.

The City of Castlegar has issued an Evacuation Alert for the following:

An Evacuation Alert means it is time to get prepared to leave your home on short notice. Get your grab-and-go bags ready, which involves, several days of clothing, toiletries and medications, your emergency plan, copies of important documents and important mementos.

The BC Wildfire Service said the Merry Creek wildfire has grown to seven hectares in size.

Another two firefighters have joined the crew in managing the fire for a total of 25 firefighters, two helicopters, and two air tankers.

The Emergency Operations Centre said the fire within the City of Castlegar limits has been contained but is still burning North West of Hwy 3 near the Merry Creek Forest Services Road.

All those evacuated from Castleview Care Centre have been transported to the Castlegar and District Recreation Centre.

According to the BC Wildfire Service, an estimated two-hectare in size wildfire is burning out of control near Castlegar, several areas of the City are under an Evacuation Order.

Those under Evacuation Order or if you need further information please go to the Castlegar and District Recreation Centre,  2101 6th Avenue.

Currently, Highway 3 Crowsnest Pass west of Castlegar is closed and traffic is being diverted through Trail, BC. Please check DriveBC for more information.

As of right now, the BC Wildfire Service and the Castlegar Fire Department have 23 firefighters, two helicopters, and two air tankers trying to control the fire.