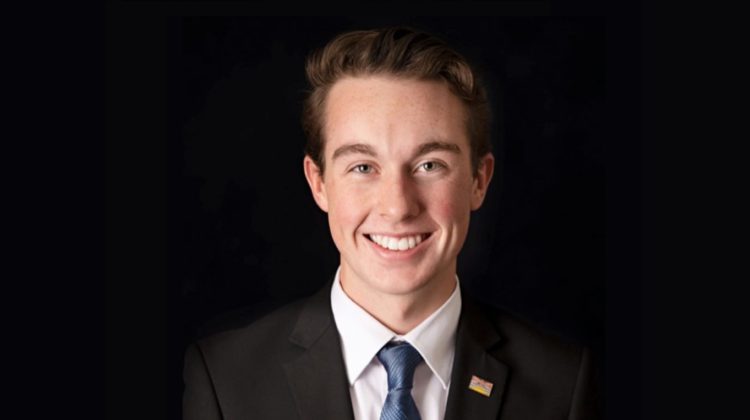 The BC Liberal Candidate for Kootenay West is 19-year-old Corbin Kelley.

“I care a lot about this province and I want to do anything that I can to make the future of B.C. brighter,” said Kelly. “That’s why I’m passionate about politics and why I’ve decided to run in this election.”

Kelley is currently studying political science and economics at Thompson Rivers University. He said his youth plays a big role in his candidacy.

“I’m energetic, I’m excited. We talk about what our policies are going to do for the future of British Columbia, and quite frankly, I am that future,” Kelley told MyKootenayNow.com. “Despite my age, I have a lot of political experience. I started getting involved with the BC Liberal party ant the age of 14.”

Kelley said he sees a lot of positives in the BC Liberal platform, detailing a few policies he said he is very passionate about.

“As someone who comes from a single mother who raised me, affordable child care is something very important to me, and the BC Liberals have a really solid plan,” said Kelley. “Of course $10 a day for low-income families and then increments for people making up to $125,000 a year,” said Kelley, who also noted that his stepfather had come into his life at 3-year’s old.

Kelley said he is also on board with disallowing ICBC the privilege of being B.C’s only car insurance provider.

“As a young driver, I pay about $360 a month in insurance premiums. I have a clean driving record, never got into an accident. Never made an insurance claim. But I’m still being penalized,” said Kelley.

He added that he has a lot of young friends who pay “ridiculously” high rates and thus supports ending the ICBC monopoly.

On the COVID-19, Kelley said non-partisanship helped B.C through the pandemic. But he did not mince words on how or why the snap election was called going into the fall.

“[BC Liberal Party Leader] Andrew Wilkinson and Sonia Fursteneau, the leader of the BC Greens, have both made it very clear that they were ready for the fall session. That they would put partisanship aside for the economic recovery plan,” said Kelley. “John Horgan totally disregarded that, totally threw Sonia Furstenau under the bus. And then called this election, that is quite frankly an ego-booster for him and a power grab.”

Kelley pointed to fiscal responsibility, something he said is lacking in the BC NDP plan, as a key determinant in the recovery of B.C’s economy.

B.C votes on October 24th and Kelley said he is honoured to be on the ballot in such a beautiful riding.