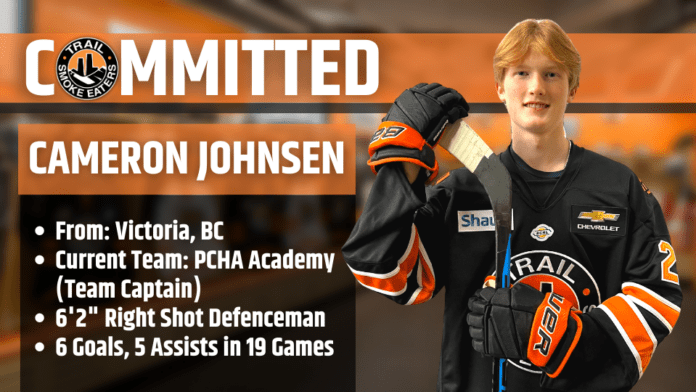 The Smoke Eaters have signed defenceman Cameron Johnsen for next season.

Johnsen, 17, from Victoria, is playing with the Pacific Coast Hockey Academy U18 team. Named team captain this year, Johnsen has six goals and five assists from the blueline in 19 games. 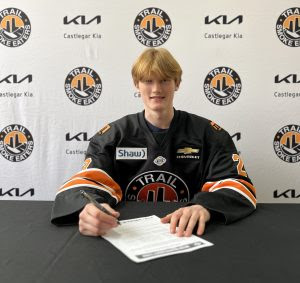 “Cam is one of the top dmen in the CSSHL,” Smokies coach and GM Tim Fragle said in a news release. “He has a high IQ, strong work ethic and is a consistent defender. We believe he has a very high potential to be a top defender in the league and we look forward to helping him develop his overall game.”

“When I first got into Trail and saw the facilities and the way the town rallies behind the team I knew it was a place I wanted to play,” Johnsen said. “I’m super excited to work with the coaching staff and my teammates in the upcoming season.”