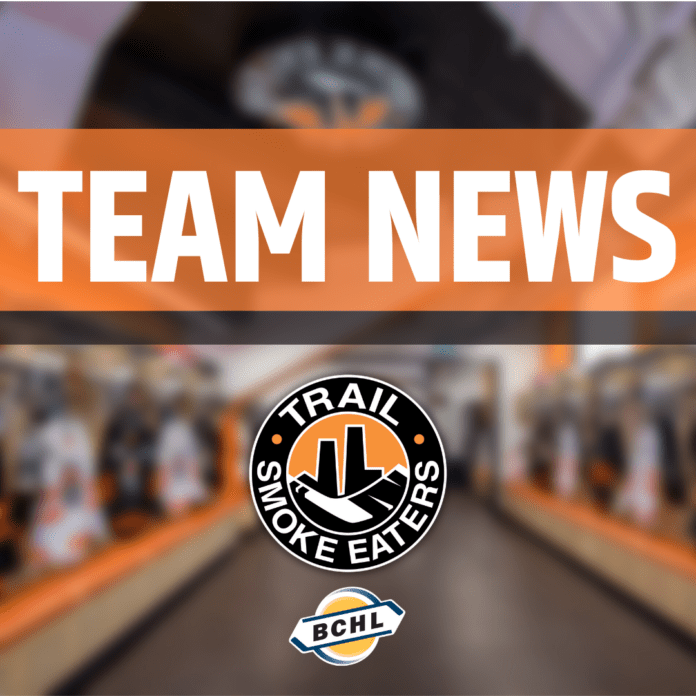 Evan Bushy will wear the C for Trail.

He joined the club last season and the team says he immediately became a staple both on the ice defensively and in the locker room, establishing himself amongst the leadership core as the season went on.

“Leadership is such an important part of our group and our organization,” general manager and head coach Tim Fragle said in a news release.

“Evan was selected as captain as he is a mature individual with a strong demeanor and has a professional approach in everything he does on and off the ice. The four players we’ve picked are familiar with what it takes to be a leader in this program and we as a staff are excited to recognize those four individuals who make up our leadership team.”

“It’s a huge honour and it means a lot to me to be named captain and especially here in Trail with such a rich history,” Bushy said in the release. “I’m excited to lead this group and get the season going, this means a lot to me.”

The Smoke Eaters kick their regular season off on Friday in Penticton, with their home opener set for Friday, Sept. 30 against the Cranbrook Bucks.