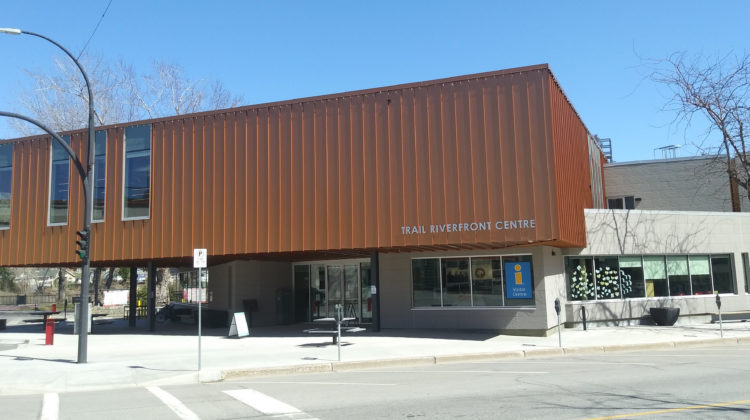 The City of Trail will remove benches and tables in front of the Riverfront Centre in an effort to reduce loitering and other problems. They will also install more sharps disposal bins in nearby Jubilee Park.

“There are certain social issues which are negatively impacting the facility and causing destruction of property,” Mayor Lisa Pasin said. “So hopefully by removing the benches in the winter it will help to clean that up a bit and make it a safer facility.”

Pasin says they will consider returning the amenities in the spring.

The changes approved Monday are in response to suggestions in a report from staff who work in the building, who indicated the “mess and loitering … proves disruptive for book drop off, children’s programming and general aesthetics.”

“We’re taking the recommendation of staff who work there every day, who witness firsthand the problems happening with the facility,” Pasin says.

However, council will not act on a request from the owners of the Royal Theatre to remove the footbridge that connects the back of the centre to Jubilee Park. The business says the bridge prevents emergency services from accessing the alley.

But Pasin says the biggest issue is the front of the centre, not the alley, and the bridge is a “key component” of the centre, which allows kids to go in and out of the building while remaining within eyesight of program facilitators.

She added that the building’s unusual tilted design means overheight vehicles could hit the building if traffic was allowed through the alley.

Despite the changes approved by council, Pasin said the Riverfront Centre is “working very hard to be inclusive. They allow anyone to come in and use the washrooms. There are no barriers. It’s important for them to keep that approach to be an open, family-friendly community centre.”

She noted it is one of the few buildings in Trail with a public washroom.

“As with everything regarding the vulnerable population, we’ll see how it goes and if we need to make any changes.”