Construction of new electric ferry set to begin this year 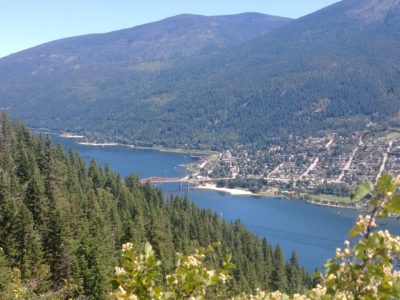 The new ferry will be abler to accomodate between 50 and 60 vehicles.. (File photo)

A new electric-ready inland ferry will be coming to Kootenay Lake in early 2023 as construction is set to start later this year.

The larger, cleaner, and more accessible vessel will be built by Western Pacific Marine Ltd, a Vancouver-based company that was awarded the $62.9-million contract from the federal government.

“With construction beginning here in Canada on the new electric-ready ferry for Kootenay Lake, we are building toward a greener future with made-in-Canada clean technology,” said Catherine McKenna, Federal Minister of Infrastructure and Communities. “Once launched, the new ferry will make it easier for residents and tourists to travel through the Kootenay region.”

Construction should be completed by early 2023 and will effectively replace the aging MV Balfour. The B.C. Ministry of Transportation and Infrastructure (MOTI) said the new ferry will be able to hold more than double the capacity of the older ferry. Able to hold up to 55 vehicles when used in tandem with the MV Osprey 2000, the B.C. Government said it will help reduce wait times.

“This is an exciting milestone for a project that will significantly benefit the entire region,” said Michelle Mungall, MLA for Nelson-Creston “The new, cleaner ferry will move more people more efficiently, improving community connections and local economies.”

Once shore power is installed and the reliability of the technology advances, MOTI said the vessel will be converted to fully electric propulsion by 2030. The B.C. Government is aiming to have the entire inland ferry fleet fully electric by 2040.

“The new ferry will contribute to improved safety, reliability and efficiency of the Kootenay Lake Ferry service,” said MOTI. “Other related work planned includes upgrades to Balfour and Kootenay Bay terminals, and minor dredging has been completed in the West Arm.”

The $62.9-million for the new ferry as well as the planned upgrades are being funded by the Government of Canada through the New Building Canada Fund’s Provincial-Territorial Infrastructure Component-National and Regional Projects.