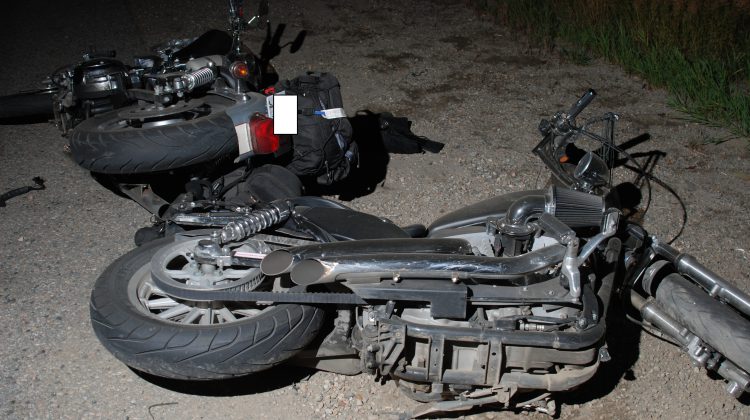 The women were travelling in the same direction when the MC ahead lost control and the following driver could not brake in time (Photo: Supplied by RCMP)

TRAIL, B.C. – Two women travelling on hihgway 3B on motorcycles were injured in a crash between Trail and Montrose on Wednesday night.

A news release issued Thursday morning state the drivers, a woman age 55 and one aged 36 were transported to hospital after one of them lost control of her MC.
The following driver was unable to break in time, and they both were thrown off their bikes.
The 55-year-old motorcyclist suffered broken ribs, lacerations, and possibly a collapsed lung.
The 36-year-old female motorcyclist suffered injuries to her left leg, according to a news release.
Both were transported to the Kootenay Boundary Regional Hospital, in Trail, BC, for emergency treatment.

The accident prompted Trail and Greater District Detachment RCMP to remind motorcyclists to use extra caution during their riding season.
“Loose gravel, poor road surface conditions, weather, animals, driver inattention, and other road hazards have a much greater impact on our motorcyclist riders due to the high risk of injury if an incident occurs”, the release concludes.