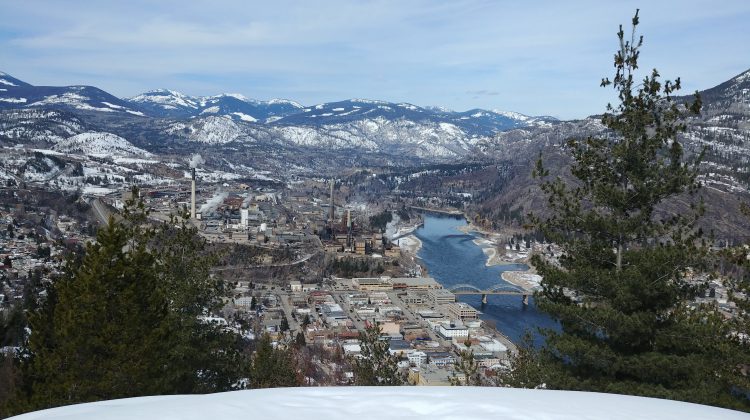 Trail overview (Alex Skultety, MyKootenayNow.com staff)
It’s been a long process, but the demolition of Trail’s Union Hotel is on the horizon. The City purchased the downtown property in 2017 and completed hazardous materials removal last year, and now the building will be torn down likely by sometime in July.
Director of Public Works Chris McIsaac said they have asked Dakota Reclamators Unlimited to have the project completed by August 9, but from what he’s heard that timeline will likely be sooner.
This week, City council voted to award the company the contract.
“Everything should be safe and this is a reputable contractor. They’ve done lots of other projects of this size so we don’t foresee any issues,” said McIsaac.
Dakota Reclamators Unlimited’s estimate came in at $419,148. The other bid was from Phoenix Enterprises Limited at $975,955. The City has $750,000 left in its capital budget to complete the work and are anticipating a surplus in excess of $330,000. At this point, unexpected costs may still arise that would lower the surplus.
The City is also expected to save money on tipping fees at the landfill as the contractor has proposed to recycle the building’s materials.
“A lot of it will be diverted from the landfill and either taken offsite and reused or reused on site,” explained McIsaac. One example would be reusing the concrete from the foundation walls for infill.  Once completed, the site will be viable commercial property that the City is looking to resell.
One of the reasons the 80 year old building is set for demolition is interior structural damage caused by a leaking roof.