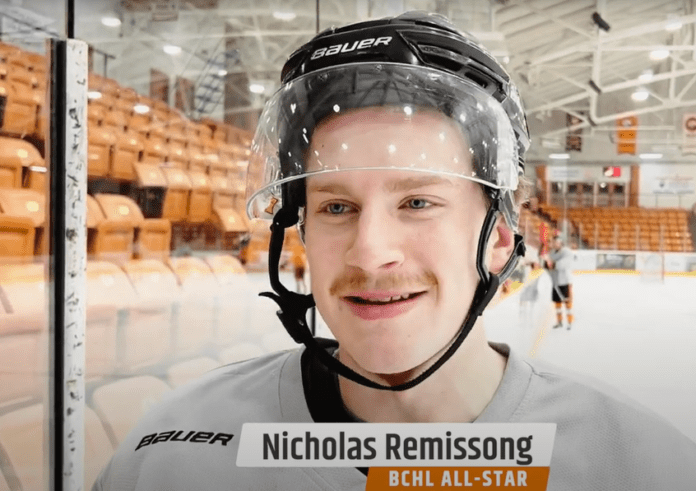 A second Trail Smoke Eater will participate in the BCHL all-star weekend festivities.

The BCHL announced final voting results from the fan vote, which will see Nicholas Remissong head to Penticton in January.

“Yeah, this is pretty cool,” Remissong said. “Just to be nominated was a huge honour but with the fan vote it was out of my hands at that point but obviously it worked out.”

He will join teammate Brady Hunter who was already headed for the all-star game and broke the news to teammates, as seen in the video below.

Last week Remissong committed to the Air Force Falcons of the NCAA for next season.