The Trail Smoke Eaters have acquired forward Max Potvin from the Powell River Kings in exchange for forward Remy Spooner and future considerations. 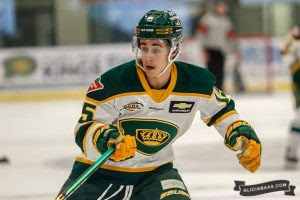 Potvin, 19, is in his second season in the BCHL and has 18 points in 27 games. Potvin comes from a long lineage of hockey talent: his father Steve is head coach of the Tucson Roadrunners in the American Hockey League and his grandfather is four-time Stanley Cup champion Denis Potvin.

Spooner had a goal and three assists in 26 games.