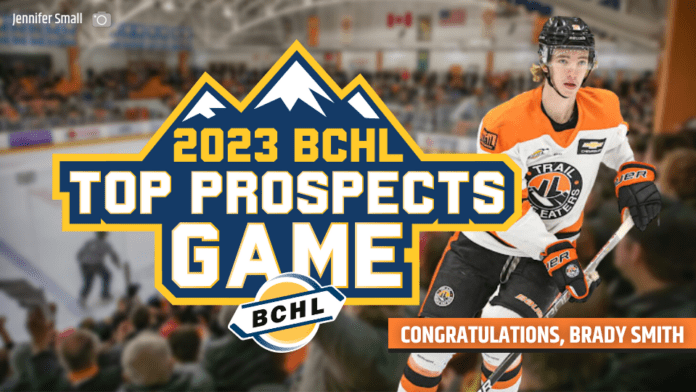 Smith, 17, who was named to the NHL Central Scouting watch list in October, is among the players automatically entered into the BCHL’s Top Prospect game. He’ll be the Smokies’ lone representative in the game, to be held Jan. 20 in Penticton as part of the league’s 60th anniversary all-star weekend.

However, he’ll be joined by teammates Brady Hunter and Nicholas Remissong, who will play in the all-star game.