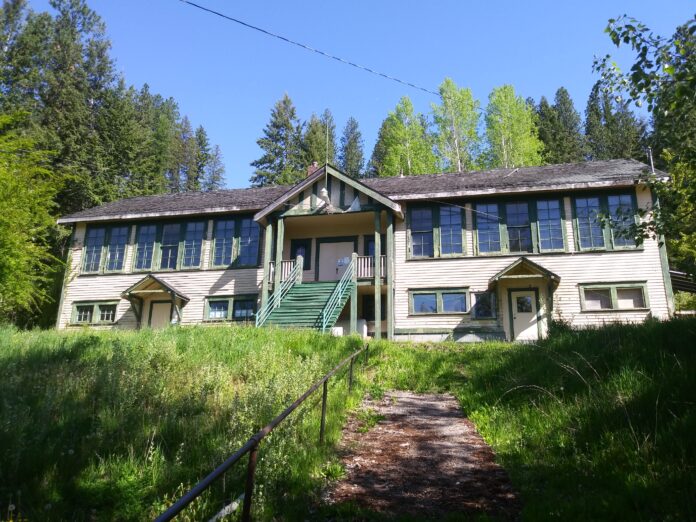 It will only cover a small fraction of the project, but the Regional District of Central Kootenay has approved $150,000 towards building a new community park shelter on the site of the South Slocan schoolhouse.

The 92-year-old building is slated for demolition because the community can’t afford the ongoing cost of its upkeep. It was originally expected to come down last year, but the modest reserve fund available was not enough to do the job.

RDCK staff hope that by proposing the shelter, which will occupy the same ground, they can obtain funding to both cover the demolition and create a new community amenity that will be less costly to maintain.

“We want to try and leave something that visually represents what was there in the past,” community services manager Joe Chirico said. “It is an important historical site. We know many people went to school there.

“The reason for it being a shelter is it’s a much less expensive long-term asset management problem for a very small community.”

While the board at its July meeting approved its portion of the project, which will come from its community works fund, demolition and building the shelter is expected to be in the $900,000 to $1 million range combined.

“We have to create a project where it’s all one,” Chirico says. “Funders won’t fund a demolition, but they’ll fund a re-creation of a piece of property, which could include site work. In this case, the demolition is site work to prepare for the shelter.”

Chirico notes that since the RDCK purchased the building in 1987, the community has never been taxed for operation of the building, which was an elementary school from 1930 to 1977. Portions have since rented out to a daycare and yoga studio, but income from those businesses did not create enough revenue to do any major renos, Chirico said. They hope the remaining reserve can be leveraged to find other funds.

Chirico said they are looking for donations, fundraising ideas, and assistance with interpreting the site.

“I think it will be a really valuable piece to that community and the whole area. We are as a regional district looking for help to do that,” he said.

Ravi Gandha wants to be working-class voice on Trail council