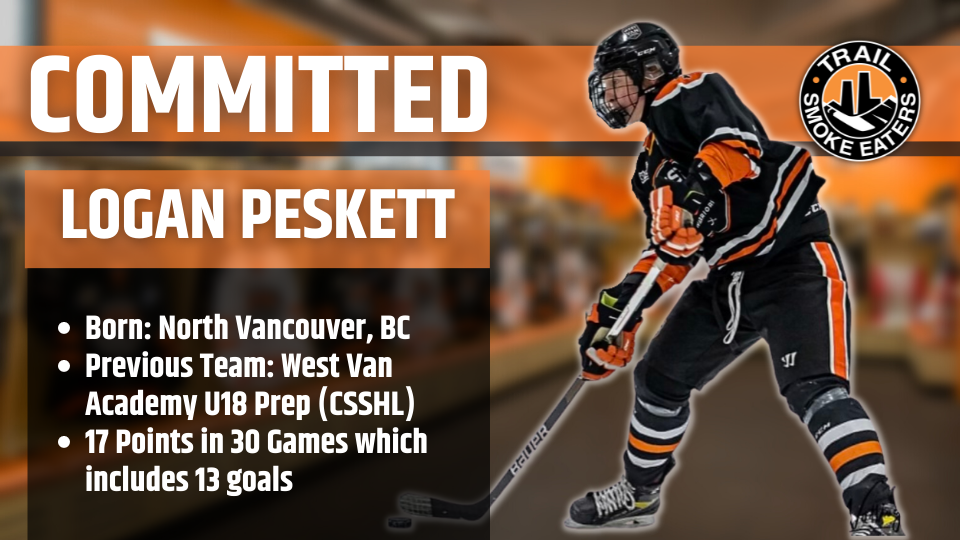 Logan Peskett is the latest to sign with the Trail Smoke Eaters for the 2022-23 season.

Peskett, 15, of will join the team after making a stellar impression after attending their camp at the end of April.

The North Vancouver resident played as an underaged this past season with the West Van Academy U18 prep team where he produced 13 goals and four assists for 17 points in 30 games. Peskett added four more goals in the playoffs in three games. The six-foot-two right shot forward was also selected in the WHL bantam draft in December.

“It means a lot to be able to play and live in a town with such a rich hockey culture is amazing,” Peskett said in a news release.

“Logan is a player we have been watching for some time and he definitely had a strong camp here in Trail,” GM and head coach Tim Fragle said. “Logan has a lot of tools to be excited about, his size and skill set along with his high compete level, which will fit right in as a Smoke Eater.”