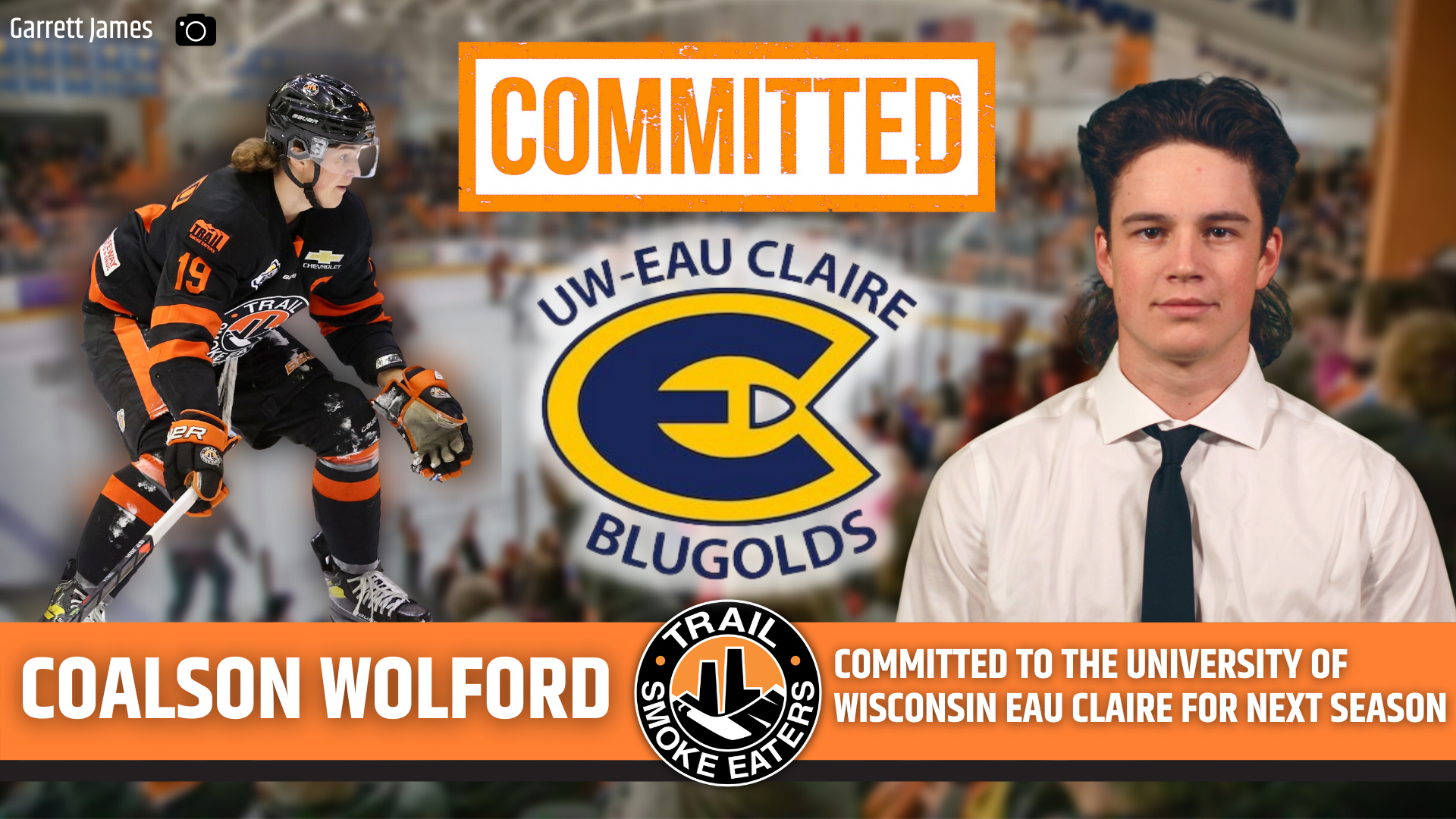 Trail Smoke Eaters captain Coalson Wolford has commited to the University of Wisconsin-Eau Claire for next season.

Wolford, from San Jose, has signed his commitment to play NCAA Division 3 hockey with the Blugolds, who play in the Wisconsin Intercollegiate Athletic Conference.

Wolford, who was an assistant captain in his first year during the 2020-21 season, took another step in his role off the ice this season being named captain.

“It’s always been a dream of mine to play college hockey,” Wolford said in a news release. “I’m excited. They treat their players well which was part of my decision. I’m excited for the next step of my hockey career.”

“Coalson has been an exceptional Smoke Eater over the last two seasons and we will definitely miss his consistent competitiveness and leadership,” said general manager and head coach Tim Fragle.

BC ombudsperson looking into sale of Castlegar park

Analyzing the candidates for office in West Kootenay/Boundary