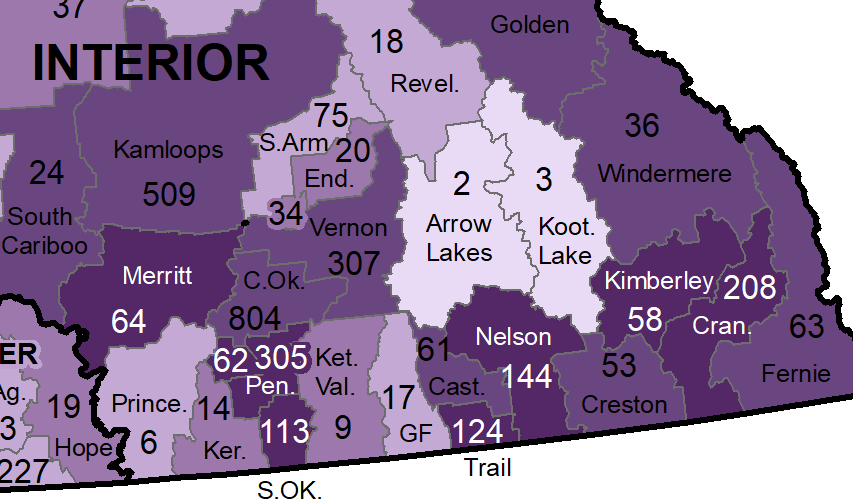 The number of new COVID-19 cases in the West Kootenay declined for the second week in a row, according to the latest figures from the BC Centre for Disease Control.

The agency says there were 413 new cases from Jan. 23 to 29, down from 466 the previous week. The actual figures are believed to be a lot higher because testing capacity has reached its limit, but the figures do give some indication of which direction things are heading.

Nelson still had the most cases with 144, but that declined from 204. Trail was the only area that saw a significant increase: it stood at 124, up from 103.

Ravi Gandha wants to be working-class voice on Trail council