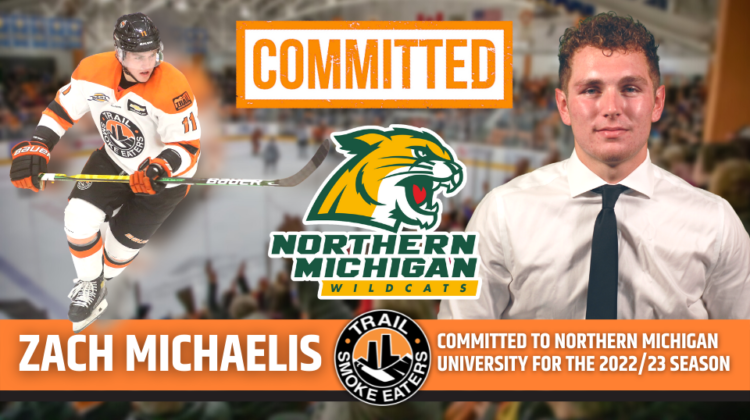 Michaelis, who currently sits second on the team in points and 18th in the league, has committed and signed his national letter of intent (NLI) to Northern Michigan, which will see him start next season with the Wildcats. 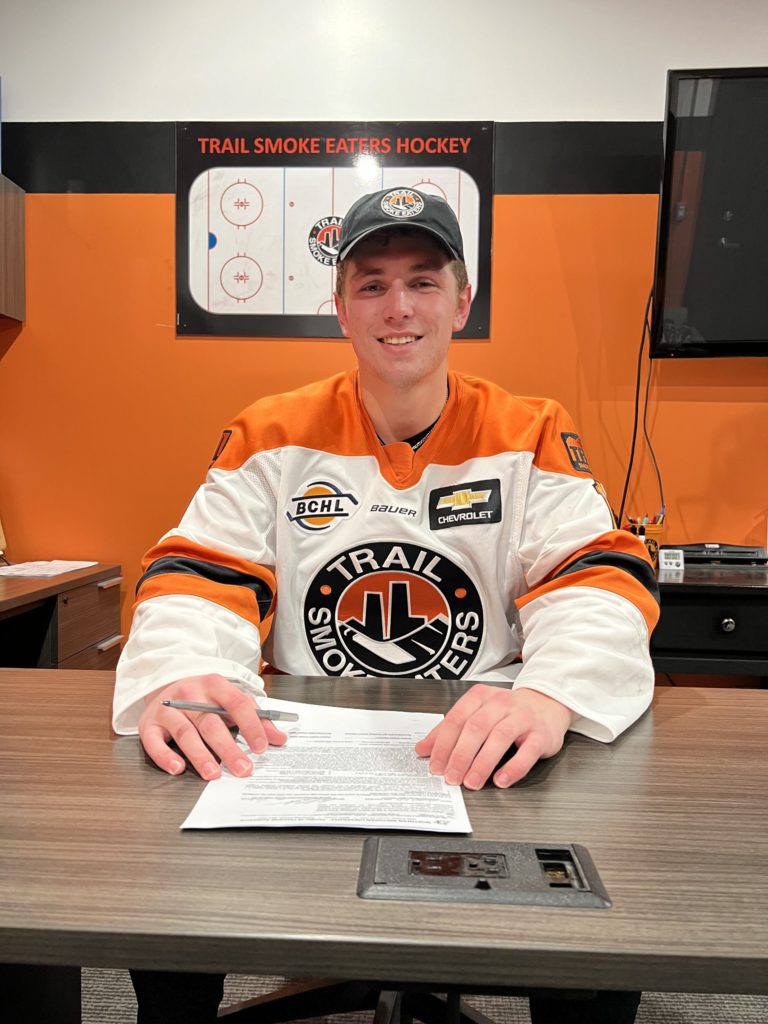 Michaelis has 18 goals and 12 assists in 25 games. He’s also coming off a strong December that earned him the BCHL’s first star of the month, with seven goals and eight assists in eight games. Michaelis was also slated to play in the BCHL All-Star game and Top Prospects games that were supposed to take place this weekend in Penticton but were canceled due to COVID-19.

“[I’m] excited to sign to play college hockey next fall at Northern Michigan University,” Michaelis said in a news release. “I’d like to thank my family, the Trail Smoke Eaters organization and the NMU coaches.

“Zach is a player who was recruited this off season and chose our program to help develop his overall game to help him prepare for college hockey. He has developed and performed at a high level thus far this season. We look for him to continue trending in the right direction for the remainder of the season.”

Michaelis is one of many Smoke Eaters to commit and sign with Northern Michigan in recent years, as he joins Michael Colella, Andre Ghantous and Mack Byers who are current alumni on the Wildcats roster.