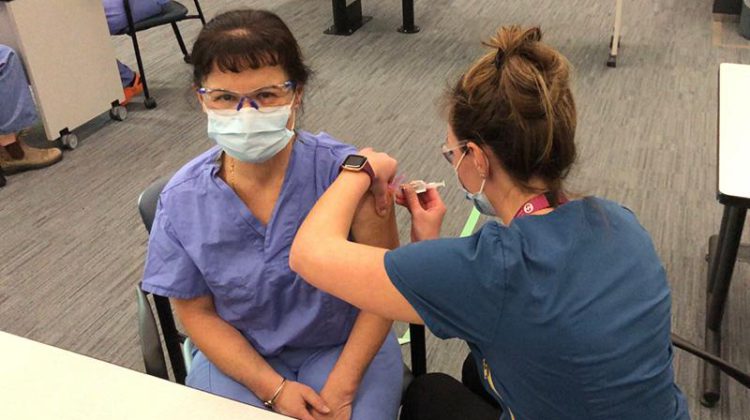 More than 95 per cent of Kootenay Columbia school district staff who responded to an internal survey said they are double vaccinated against COVID-19. However, only slightly more than half of all employees answered the question.

The district released the results of its survey this week, which asked 820 staff about their vaccine status. A total of 436 people responded (53 per cent).

School board chair Catherine Zaitsoff explained in an interview that guidelines from the Ministry of Education suggest  districts considering imposing a vaccine mandate begin by determining how many employees are vaccinated.

“The survey was to try to get us the data so we can make informed decisions,” she says. “We’re really thrilled with those that answered the survey. That’s a good result.”

Zaitsoff says given the labour implications, the board will meet in a closed session at the end of the month to discuss the  results and any next steps. “It’s a conversation we’re always going to have until we make a decision or decide more work needs to be done,” she says.

She agreed there is no way of knowing whether the vaccination status of the 47 per cent of staff who did not respond is any different those those who did fill out the survey. However, she says they are in “constant contact” with Interior Health and a medical health officer, and based on their data they suspected the vaccination rate in the district was “fairly high.”

Overall, more than 90 per cent of BC residents have had at least one dose of vaccine, and Zaitsoff agreed there is no reason to believe school district employees would have disproportionately lower rates.

The Revelstoke and Delta school districts have imposed a vaccine mandate or are planning to. Zaitsoff said about 20  districts have decided not to, while several others are in the same situation as Kootenay-Columbia of examining data and continuing to think about it.