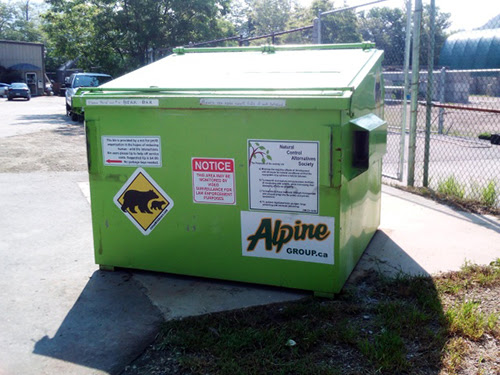 Rossland city council has turned down a request from a local group seeking to add a third communal bearproof garbage container.

The Natural Control Alternatives Society asked the city to let them place a third bin somewhere while also seeking support to renew the lease on the site where two such containers already exist in the museum parking lot.

But while council supported keeping the current containers, they weren’t willing to add a third.

“We really appreciate the work done by the volunteer group keeping the bins at the museum,” Mayor Kathy Moore says. “But we did a garbage survey before we went into our most recent contract with the pick-up provider. The public wanted home pick-up, not centralized pick-up. There are some changes coming down the pike with the regional district about picking up organic material. So we just thought at this point we won’t take on another bin.”

Additionally, she says they had not budgeted for the additional expense. Although the society offered to pay for the bin itself, at a cost of about $3,000, they asked the city to provide a concrete pad, staff monitoring, and pick up about one-third of the tipping fees on all three bins, estimated at $5,000 per year.

“It’s another expense that would add to people’s garbage costs,” Moore says. She adds that most people appear to be happy with the existing curbside pickup system.

The purpose of the bins is to give people a plan to put their garbage outside of regular curbside pickup to reduce bear-human conflicts. The existing bins were installed in 2018 and have an attached tip box, seeking $5 per bag to cover the cost of the service. The site is maintained by volunteers.