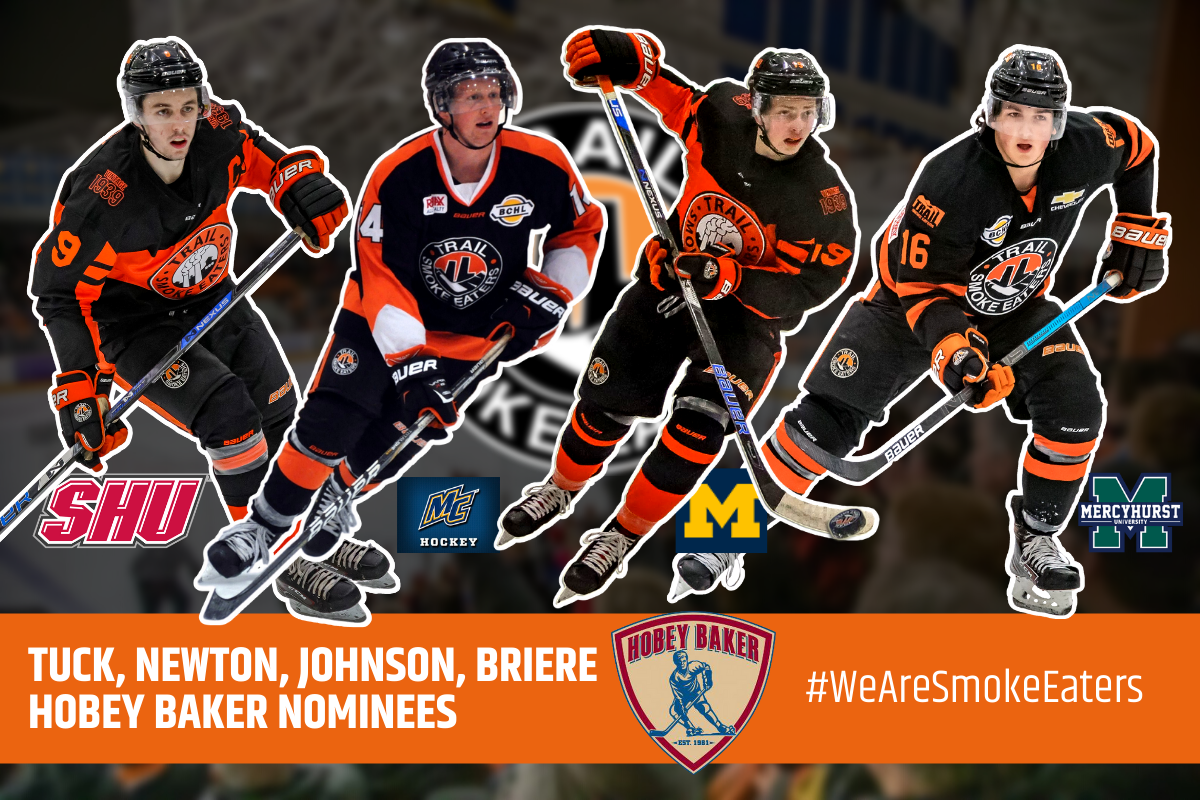 Four former Trail Smoke Eaters are among the nominees for the Hobey Baker Award nominees for their contributions this season while playing NCAA hockey. Three of them were also nominated last year.

Kent Johnson, who was drafted fifth overall this past summer to the Columbus Blue Jackets was once again named. With the University of Michigan this year, Johnson has already passed his point totals from his rookie year, as he’s tallied 28 points in 19 games. He was also part of Canada’s World Junior Team this past December, scoring one goal in two games before the tournament was canceled.

Carson Briere has once again made the list of nominees, as he got off to a hot start to open his sophomore season at Mercyhurst University. Briere, despite some injuries, sits second on his team in points with eight goals and 13 points in 12 games. Briere made headlines early in October for his four goal game against Holy Cross.

Braeden Tuck, former Smoke Eater captain, was also named for the second consecutive year while continuing his hockey career at Sacred Heart University in Connecticut. Tuck, who is now in his third year of NCAA hockey has seven goals and six assists in 18 games.

Finally, alumnus Max Newton, who was a Smoke Eater during the 2014-16 seasons got his first nomination this year. Newton, who is now part of Merrimack after transferring schools from the University of Alaska-Fairbanks ahead of the 2020 season, is on pace for his best college hockey season yet. The now 24-year-old forward from Vancouver has nine goals and 11 assists in 19 games.

Fans have the opportunity to vote for players here, from a field of more than 50. The first round of voting concludes on March 6, then a list of 10 finalists will be revealed.