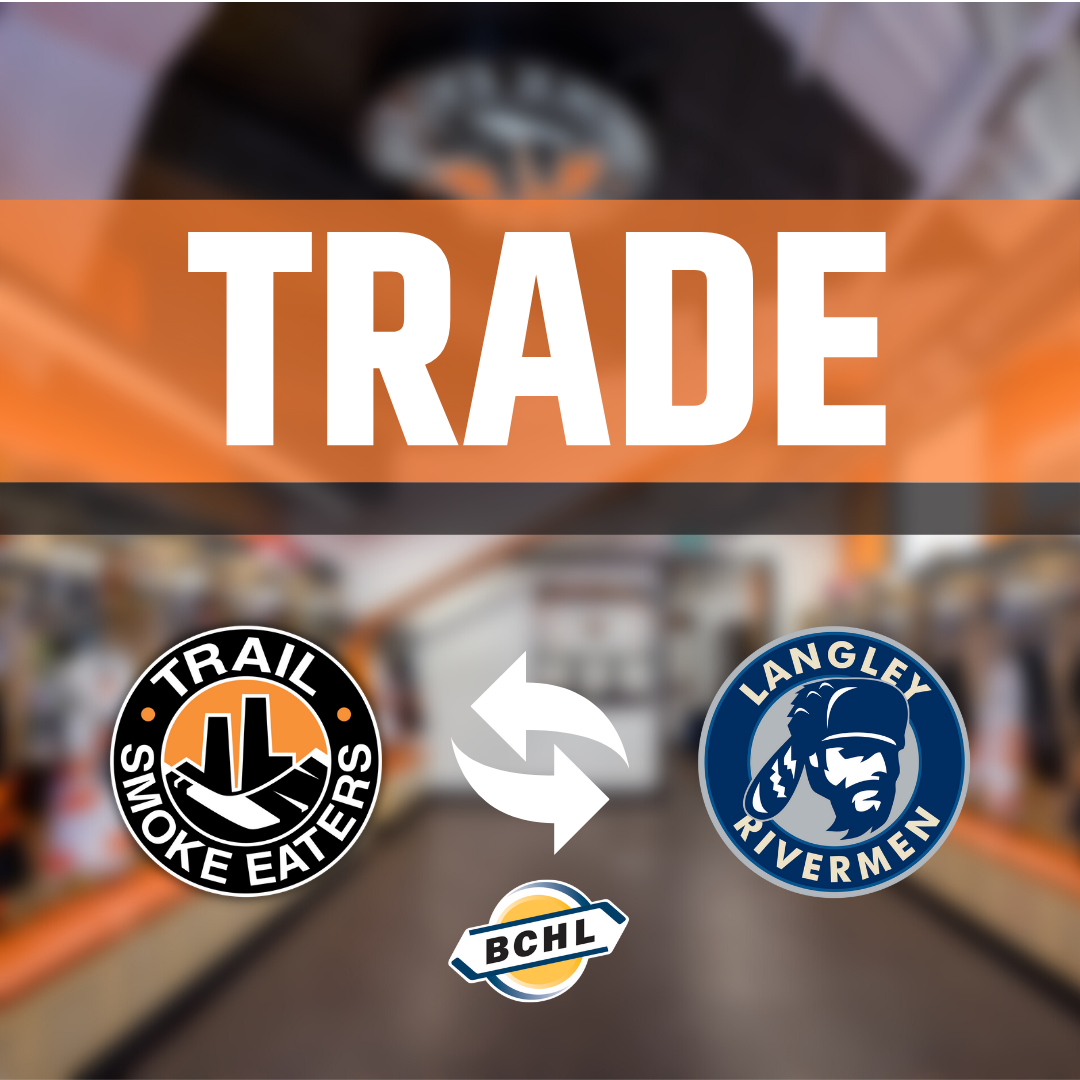 The Trail Smoke Eaters have made two trades and made multiple schedule changes, including the postponement of one game and the addition of others.

The Smoke Eaters have dealt Chris Kobelka and future considerations to Fort McMurray Oil Barons of the AJHL for Kabore Dunn, a 20-year-old defenceman who hails from Mill Bay, has played part of the last two seasons at the University of Maine in the NCAA.

He will join the Smoke Eaters for the second half of the season to finish out his junior career. Dunn headed to university following a stellar 2019-20 season with Fort McMurray, where he had 30 points in 55 games.

Prior to his stint in the AJHL, Dunn was part of the National Collegiate Development Conference with the Syracuse Jr. Stars where he added another 23 points in 53 games. He appeared in 11 games for the University of Maine over the last year, including the first semester this year.

The Smokies also traded defenceman Garrett Valk to the Langley Rivermen in exchange for future considerations. The team says Valk requested a trade after returning from the holiday break, asking to be closer to his home and family in North Vancouver. He appeared in 19 games for Trail this season, recording a goal and two assists. He also played 13 games for Trail last year.

Meanwhile, due to BCHL COVID-19 precautions, Wednesday’s game between the Smoke Eaters and the Prince George Spruce Kings will be postponed and rescheduled for a later date.

In unrelated schedule changes, the Smoke Eaters and BCHL have added two games to the the schedule, replacing games missed in November due to the flooding in BC. Games against Cranbrook and Wenatchee have been added. The game against the Bucks will take place Saturday, Jan. 15 in Cranbrook. The Smoke Eaters will head to Wenatchee on Wednesday, March 9.

Also the Smoke Eaters previously scheduled home game on Feb. 18 against the Cowichan Valley Capitals has been rescheduled for Jan. 14 and the West Kelowna Warriors will take their place, in accordance with the BCHL’s decision in December to cancel all cross conference games.