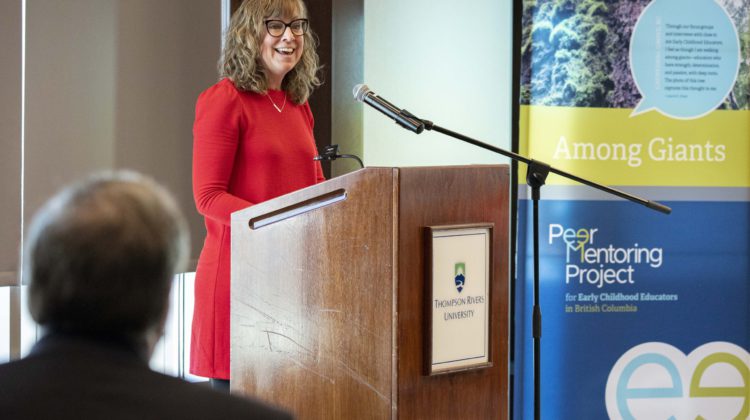 An anonymous donor is contributing $1.4 million to expand a peer-mentoring program for early childhood educators to keep them from leaving the profession.

The funding goes to work headed by Thompson Rivers University associate professor Dr. Laura Doan in partnership with the Early Childhood Educators of BC.

The donation provides $1.4 million over three years to expand the peer mentoring program Doan started as a pilot project in Kamloops, which was based on what early childhood educators said they needed.

That pilot grew to involve 17 peer-mentoring community-of-practice groups throughout BC, including some in the Kootenays.

“This experience demonstrates what is possible when we support early childhood educators in the way they should be supported,” Doan said in a news release.

“This shows me what can work when you give early childhood educators the opportunity to come together to support each other. They are able to come up with their own solutions. I walked away with so much respect.

Some participants in the pilot project said it is the reason they have remained in the field. Peer mentoring has kept them from feeling isolated and frustrated, Doan said. The connections with other early childhood educators gives them safe spaces to talk about their challenges without judgment.