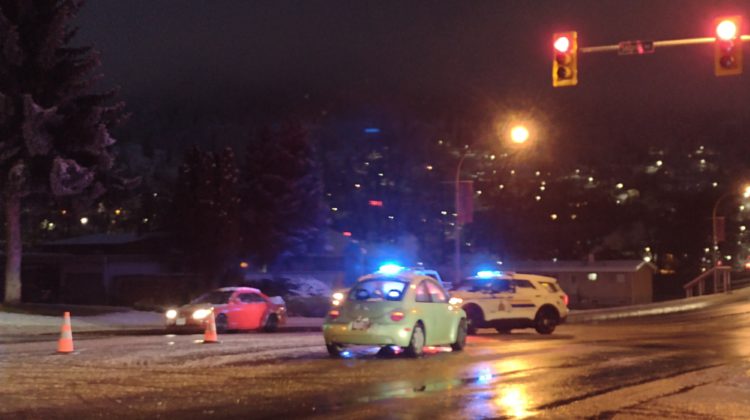 One woman was taken to hospital to be treated for neck pain following a two-vehicle collision just off of the Victoria Street bridge in East Trail this morning.

RCMP say the incident happened shortly before 6 a.m. at Bailey Street and Second Avenue, one of more frequent locations for crashes in the city.

A Volkswagen bug heading east struck a Jeep Cherokee travelling south. Police are investigating whether the bug’s driver was trying to beat a yellow light. No ticket has yet been issued.

Both vehicles were towed from the scene. Although traffic was slowed, it did not close the road.