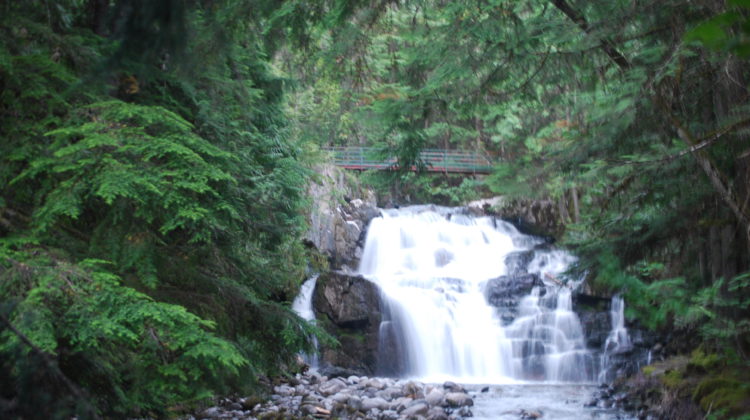 After more than a decade of study and despite securing a major grant, the Village of Slocan has decided not to push ahead with a microhydro project on Springer Creek.

“The decision was not made lightly,” says Mayor Jessica Lunn. “There has been a ton of due diligence and pre-development work. We even got to the point where our permitting was complete. However, the finances just didn’t make sense.”

The $3.6 million project originally called for an 800 kilowatt run-of-river project on the creek, to lessen the village’s reliance on its now-shuttered sawmill. The electricity the plant produced would have been sold to BC Hydro, with the estimated $160,000 in annual proceeds reinvested in the community.

In 2017, the village obtained a federal-provincial infrastructure grant that would have paid for two-thirds of the capital costs. However, later that year BC Hydro suspended its program to buy power from small-scale producers. The program has since been cancelled.

“Right now there isn’t an incentive or a market for excess energy that’s generated through microhydro or other resources,” she says. “There is no appetite to purchase power.”

Lunn says they have since explored other options, including setting up their own utility company, powering greenhouses, or approaching a single large customer, but none of them panned out.

“Without a contract with BC Hydro or another provider the feasibility for the project wasn’t there,” she says. “Without a solid business plan, to move forward in any shape or form with this project really would put the village at risk.”

She says they also had to consider the village’s capacity to move forward on the project. Continuing to pursue the microhydro project would come at the expense of other priorities, such as redevelopment of the vacant mill site, she said.

Lunn said it’s disappointing given how much time, energy, and money the current and previous councils have spent on the project.

While the project could be dusted off if BC Hydro has a change of heart one day, Lunn says some of the licensing and permits will likely have expired by them, and construction would have to be re-costed.