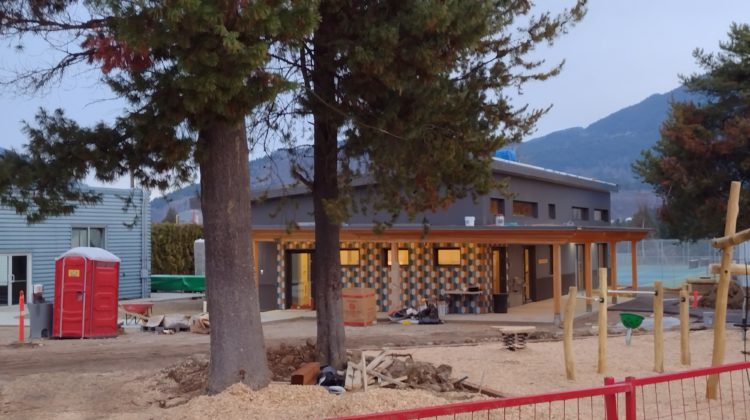 A new childcare centre in Castlegar should be ready for occupancy this week.

The Castlegar and District Kids Club has been under construction next to the community complex, in a partnership between the Regional District of Central Kootenay and Kootenay Family Place.

RDCK recreation manager Jim Crockett says the project is a couple of months behind schedule due to delays in receiving supplies and equipment, but “[the contractor] did a great job and it looks fantastic.

“We’re using materials from Kalesnikoff Lumber. It’s quite a nice facility. I think people will be quite impressed when they go in there. It’s got an outdoor play area and a smaller play are for older kids adjoining it. It’s quite a facility.”

Crockett says the building await its final inspection, occupancy permit, and licensing from the province so that it can open.

The facility will be operated by Kootenay Family Place, which will run a preschool morning session and an afterschool session for older kids. Each has 20 spaces. It is not intended as a casual drop-in centre, nor will full-day programs be offered.

In the summer and during school breaks, the recreation department will run camps out of the building, which was constructed thanks to funding from the provincial government’s Childcare BC New Spaces fund.

A grand opening will be held at a later date.