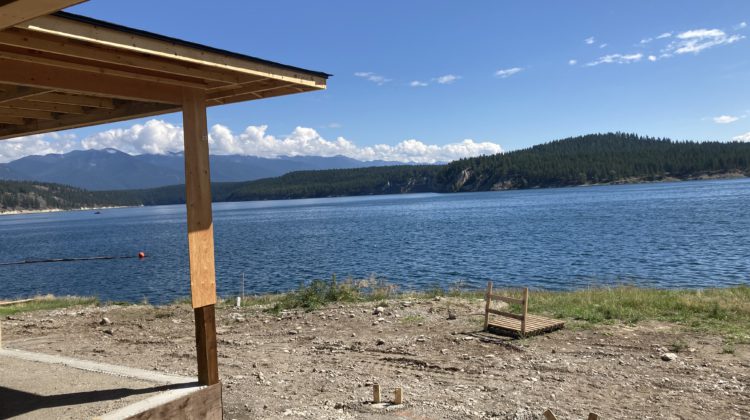 Charges have been laid on two men who allegedly sold over $2-million in fraudulent lots and dock space on the shores of Lake Koocanusa to a number of Calgary residents.

Several customers contacted police with suspicion of the legitimacy of the lots sold to them after communication with the owner became less frequent. An investigation was launched and it was revealed that the sales contracts from the RV park sites were invalid.

“There was a modular home that was purchased and was not able to be placed on one of the lots. It was alleged that McMorran sold this house to another party without the first party’s knowledge. There was substantial moisture damage to it because it was sitting on a piece of land waiting to be placed on a lot,” explained Geoff Gawlinski of the Calgary Police Service Economic Crimes Unit. “The original victims saw that the house had been restored and renovated and then placed on another lot.”

Police obtained a search warrant and confirmed that the house was the original home purchased by the first victim.

McMorran was also allegedly involved in selling dock space, called boat slips, at the resort’s marina. Police officials said these transactions were invalid because the slips were submerged in Crown land and could not be legally sold. Marina space can only be leased or rented in B.C., not sold.

“A lot of these transactions were not valid, and not honoured by the new owner. Individuals tried to place trailers and modular homes and trailers onto lots and couldn’t do so due to permits not being approved,” explained Gawlinski.

Calgary police investigated the allegations in collaboration with Elk Valley RCMP in Sparwood and Fernie.

Since first announcing the charges earlier in the week, more information has been added to the case.

“We now have in excess of 100 victims that have reported this. We have confirmed a loss of about $2-million, and probably over $3-million now since our press release on Wednesday,” said Gawlinski. “When you’re dealing with close to $100,000 in investments, doing your due diligence and getting legal representation is definitely a worthwhile investment.”

According to police officials, McMorran was working with an associate, named Gus Kalabalikis who helped facilitate the fraudulent sales while acting as a sales manager of the resort from 2013 to 2016.

McMorran was arrested on Thursday, September 16th without incident at a home in Calgary. He is set to appear in court on October 7th.