COVID-19 cases continue to rise in the West Kootenay 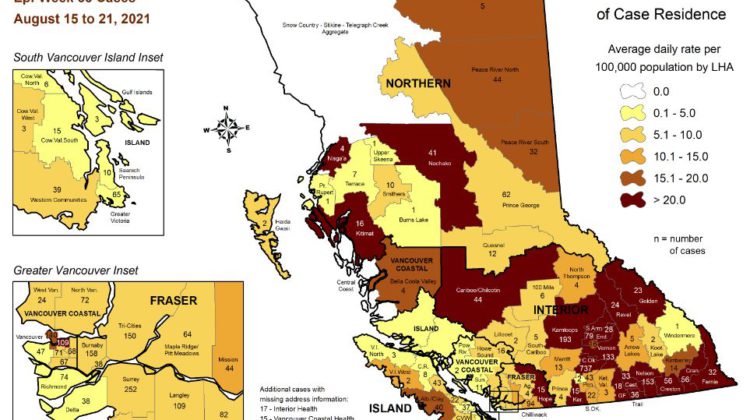 The West Kootenay has seen another jump in COVID-19 cases between August 15-21.

The region now sits at 245 confirmed cases which is 56 more than what was reported by the BC Centre for Disease Control last week.

Nelson still remains the highest for active cases with 153, followed by Trail and Castlegar with 36 and 33 cases respectively.

Another 18 cases have been reported in Grand Forks and five in the Arrow Lakes area.