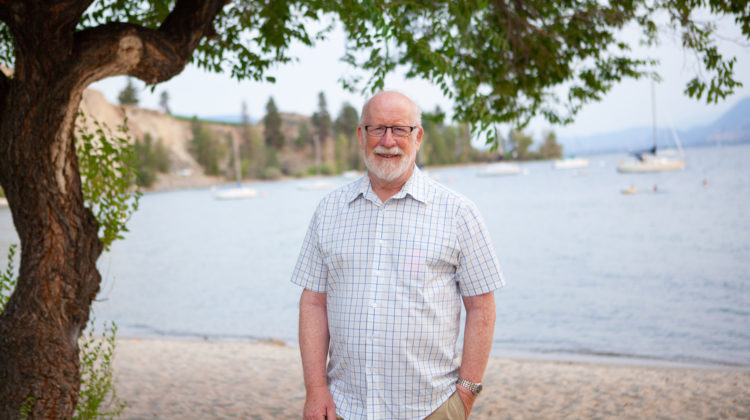 Incumbent Richard Cannings is looking to retain his spot as South Okanagan-West Kootenay MP for the NDP Party in the 2021 Federal Election with a platform focused on climate change.

Cannings was originally elected into office during the 2019 election, winning 36.4% of the votes.

He and the NDP said they are running on a platform focusing on climate change.

“We have had a big wake-up call this summer with the fires and the smoke and extreme heat that literally killed hundreds of people in British Columbia, destroyed forests, and homes and people really want us to take this seriously and the NDP does take this seriously,” said Cannings. “We have commitments around stopping subsidies to oil and gas companies to really strengthen the accountability around government about fighting climate change.”

Cannings added those people who are employed in the oil and gas industry won’t be left dry if the economy gets cleaner.

“The NDP pushed back on the liberal’s climate accountability act to make sure it was really effective and I’m proud of that. Also bringing in a just transition making sure that workers in the fossils fuels industry have jobs to go to as we move to a  cleaner economy.”

Some other main commitments Cannings said his party will be focusing on are housing, health care, the opioid crisis, and more work on the Indigenous Truth and Reconciliation Commission.

“We have had a number of wake up calls in the past year whether it’s the covid crisis, the climate issues, the extreme weather, or the discovery of 215 unmarked greaves in Kamloops those issues have really woken up Canadians to things that need to be done at the federal level.”

Cannings said he is running for office again because with the shortened term he felt like he could have done more and wants to continue his plans.

“The reason I’m running again is I think there is a lot of unfinished business and I’m very much looking forward to going back to Ottawa to be that voice for the people in this riding,”

Election day for the 2021 campaign is scheduled for Monday, September 20th.