Evacuation Alerts being added and rescinded from nearby wildfires 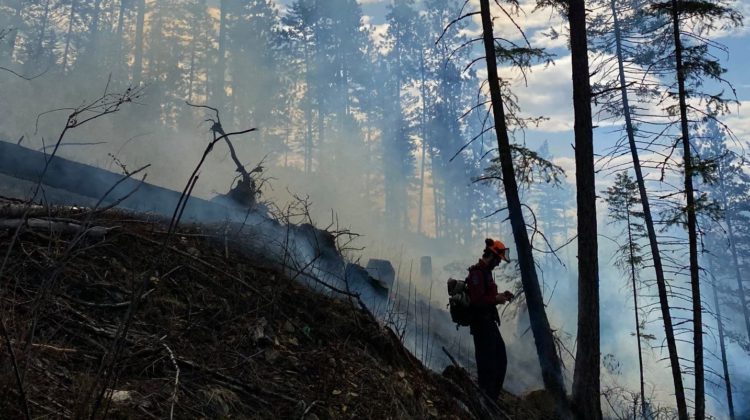 The Regional District of Central Kootenay, with the help from the BC Wildfire Service, has lifted one Evacuation Alert and added another to wildfires in the area.

Due to the Octopus Creek wildfire, which is currently burning at 22,698 hectares, four properties, and two recreation sites have been put on an Evacuation Alert.

The properties are between Pebble Beach and Twobit Creek, on the east shore of Lower Arrow Lake in Electoral Area J.

“At this time residents or visitors within the area are not required to evacuate, however, the RDCK advises people to remain vigilant and be prepared to leave the area at a moment’s notice,” said the RDCK. “It is recommended to prepare an emergency kit and ensure preparedness, including moving pets and livestock to a safe area, in the event the situation worsens and an Evacuation Order is enforced. Part of your plan should include where you can go if evacuated.”

The Evacuation Alert has been removed for the Trozzo Creek wildfire, which is 5,992 hectares in size.

According to the BC Wildfire Service, the imminent danger of wildfire to life and properties has diminished at this time so the area from south of Popou Road, north to Ringrose Creek is being taken off the alert.

“The RDCK advises people to remain vigilant in the event that conditions change and an Evacuation Alert or Order may be re-issued and the evacuation process will recommence,” said the RDCK. “It is recommended to prepare an emergency kit and ensure preparedness, including moving pets and livestock to a safe area, in the event of another emergency.”