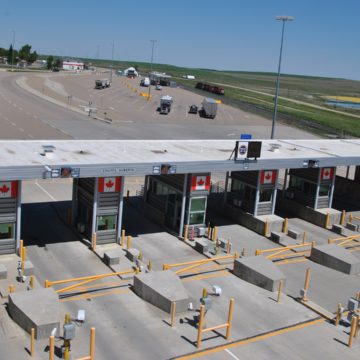 Nearly 9,000 border workers are preparing to begin job action across the country on Friday, August 6th.

The Customs and Immigration Union said travellers should expect major delays and long lineups at border crossings and airports.

Union officials said unionized employees with the Public Service Alliance of Canada (PSAC) and the Customs and Immigration Union (CIU) have been without a contract for three years.

The union said they are seeking better protections against a toxic workplace culture at the Canadian Border Security Agency and greater parity with other law enforcement agencies across Canada.

“We truly hoped we wouldn’t be forced to take strike action, but we’ve exhausted every other avenue to reach a fair contract with the government,” said Chris Aylward, Public Service Alliance of Canada national president.

“Treasury Board and CBSA have been clear they aren’t prepared to address critical workplace issues at CBSA at the bargaining table.”

The CIU said this could have a dramatic impact on Canada’s supply chain and the government’s plans to reopen the border to U.S. travellers on August 9.

According to the CIU, the two sides will meet on August 6th to discuss a new contract, but strikes will begin at 6 a.m. if a new deal isn’t negotiated.

CIU officials said CBSA employees will obey all of the policies, procedures and laws applying to their work, and perform their duties to ‘the letter of the law’, but long, unavoidable delays may occur.