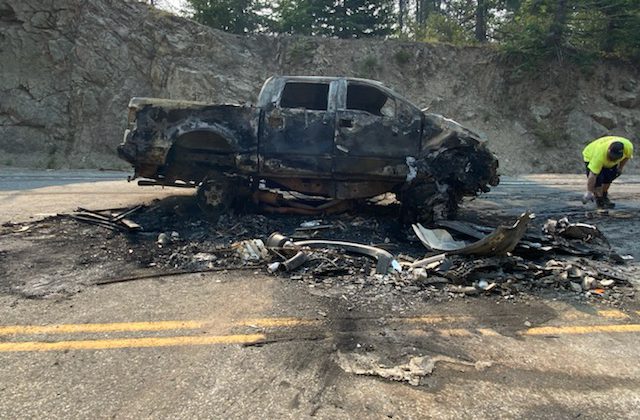 A single-vehicle collision left one truck in flames, between Grand Forks and Trail, on Highway 3.

“Upon police attendance, they observed a single vehicle, a 2008 Ford F150 pick-up, lying on its passenger side in the middle of the highway, fully engulfed in flames,” said Trail and Greater District RCMP. “Several supporting units – Search and Rescue, the Fire Department, Emergency Health Services, and road maintenance, also attended the scene.”

According to witnesses, on July 24th, the truck was traveling at excessive speeds of between 140 to 150 km/hr moments before the collision.

A Reconstruction Analyst believes the truck slammed into rocks, rolled onto its side, and caught on fire.

“Investigators attended the residence of the vehicle’s registered owner in Castlegar, who advised he was driving home alone from Christina Lake and abandoned the vehicle after the collision,” said police. “Fortunately, he appeared to have only suffered minor injuries.”

Officers said speed and alcohol may have contributed to the incidents and charges are pending. 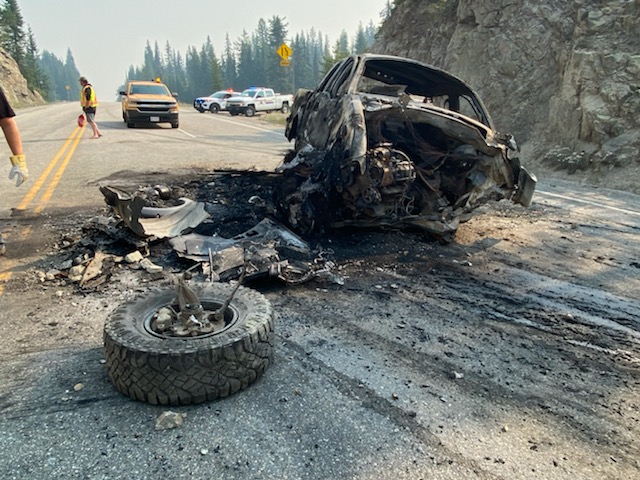