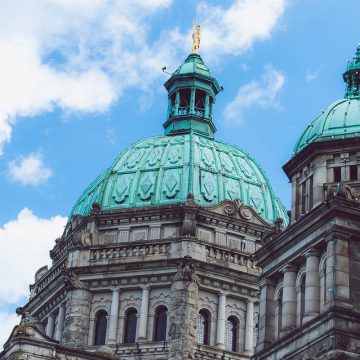 52 per cent of the athletes representing Canada in the 2020 Olympic and Paralympic Summer Games have connections to B.C.

Provincial officials said 192 of the 371 athletes going to the games are connected to B.C., making it the highest percentage of athletes with an affiliation to B.C. to qualify for the Olympic Games in recent history.

“The Government of British Columbia is proud to play a key role in supporting the goals and aspirations of many Olympic and Paralympic athletes. In British Columbia, we have set a pathway for sport participation and athletic development from the playground to the podium,” said government officials.

“We want British Columbians of all ages and abilities to enjoy and reap the lifelong benefits of sport and physical activity.”

“We know the last year has been incredibly challenging for everyone, especially for the athletes who have had to put their dreams on hold because of the pandemic. We know the athletes have been training their entire lives for this moment,” added provincial officials.

“We also know it has taken years of dedication, discipline and tremendously hard work to reach this milestone. We are so proud of Team Canada and thank the provincial sport organizations and, of course, the coaches, friends and families who have been encouraging and supporting our athletes every step of the way.

“The Olympics and Paralympics are the pinnacle of sport. On behalf of Premier John Horgan and our entire government, we wish the best of luck to every member of Team Canada and, in particular, the athletes with B.C. connections. You are truly an inspiration to us all, and we can’t wait to cheer you on as you make your mark and go for the gold,” said government officials.

The 2020 summer Olympic games in Tokyo are scheduled to begin on Friday, July 23rd and the Paralympics will begin on Tuesday, August 24th.