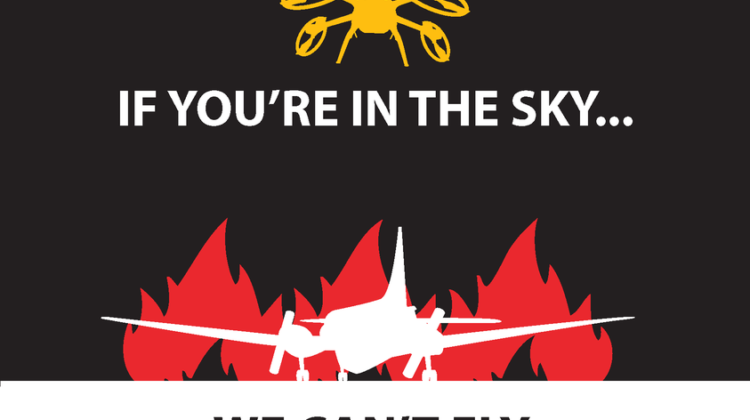 (Supplied by BC Wildfire Service)

The BC Wildfire Service is reminding the public that drones are prohibited around wildfires.

This comes after crews said they were forced to temporarily halt air operations on the Kimbol Lake wildfire near New Denver on Saturday, July 10th due to a drone flying in the area.

“The presence of drones near an active wildfire can slow down, or completely shut down, aerial firefighting efforts, due to safety concerns,” said the BC Wildfire Service. “If a drone collides with firefighting aircraft, the consequences could be deadly.”

The Canadian Aviation Regulations said all wildfires are considered to be “flight restricted”. The restricted airspace includes a radius of five nautical miles around the fire, and to an altitude of 3,000 feet above ground level.

According to officials, anyone caught operating a drone that interferes with fire control could be fined up to $100,000, or jailed for up to one year, or both.