Village of Lytton evacuated due to wildfires 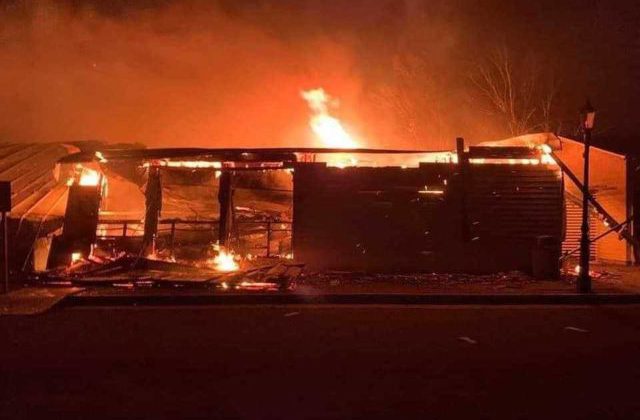 Lytton Hospital amid a fast-moving wildfire. (Supplied by Ken White/Facebook)

The Village of Lytton, B.C. has been evacuated after flames have engulfed the community.

“It’s dire. The whole town is on fire,” Jan Polderman, Mayor of Lytton told CBC News. “It took, like, a whole 15 minutes from the first sign of smoke to, all of a sudden, there being fire everywhere.”

Last night at around 6:00 p.m., Polderman, signed the official evacuation notice for the community of about 250 people, with another 87 residents north of the Village also being instructed to evacuate.

The residents were told to flee to the nearby communities of Boston Bar, Merritt, and Lillooet.

The BC Wildfire Service said they are diverting crews and equipment from other areas to the Village to respond to the fire.

According to CBC meteorologist Johanna Wagstaffe, winds up to 71 kilometres an hour was pushing the flame through the community. Wagstaffe said with the winds and dry conditions, the fire could potentially be moving anywhere from 10-20 kilometres an hour.

During the week, Lytton, recorded the highest temperature ever seen in Canada on three consecutive days, topping out at 49.6 C on Tuesday as the heat wave scorched Western Canada.

The exact size and cause of the wildfire is still under investigation.