Smoke Eaters add another forward for the upcoming season 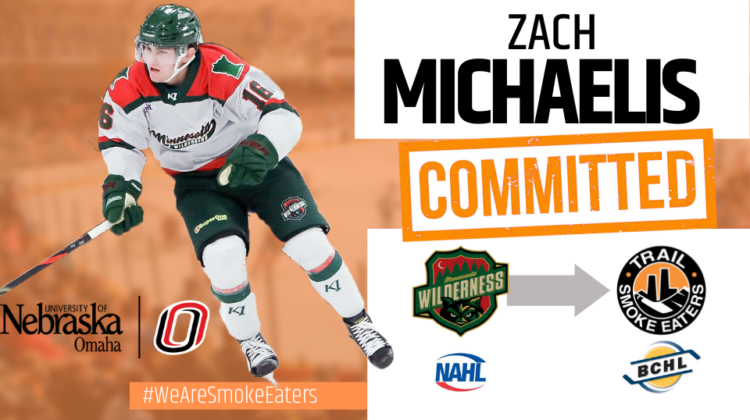 Before the BCHL season starts on October 8th, the Trail Smoke Eaters have added another forward to their team.

Zach Michaelis has committed to join the Smoke Eaters after finishing up his season in the North American Hockey League (NAHL).

“I’ve had many great experiences competing in Canada during my youth hockey days,” said Zach Michaelis. “I am excited to play an entire season and develop in a BCHL program that is rich with history. I can’t wait to work hard and play for Smoke Eater fans; from what I’ve heard, they’re best fans in the league.”

The Elk River, Minnesota native split last season between the United States Hockey League (USHL) and the NAHL where in 43 games split between the two leagues he scored six goals and added in eight assists.

After his time with the Smoke Eaters, Michaelis has also committed to play hockey for the University of Nebraska-Omaha Mavericks.

“Zach will provide high-level speed and pace to the lineup,” said Tim Fragle, GM and Head Coach of the Smoke Eaters. “He is a competitive player that will add to the team’s overall depth & experience.”