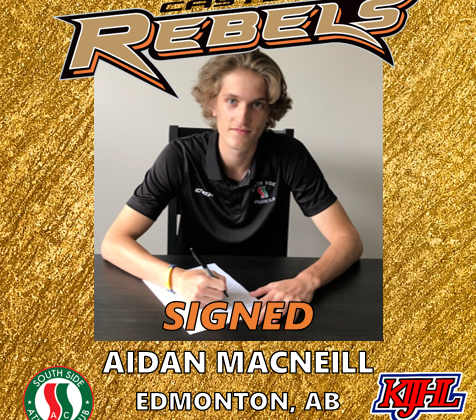 The Castlegar Rebels have added another defenceman ahead of the upcoming season.

18-year-old, Aidan MacNeil is joining the team after playing the last two seasons with SSAC U18 AA in Edmonton, Alberta.

Throughout his two seasons with the team, MacNeil played in 35 games and put up six points.

“We are very excited to add Aidan,” said Carter Duffin, Rebels Head Coach. “He is a confident and steady defender that is tough to play against. He brings a very high level of work ethic and maturity that will help us on a nightly basis.”