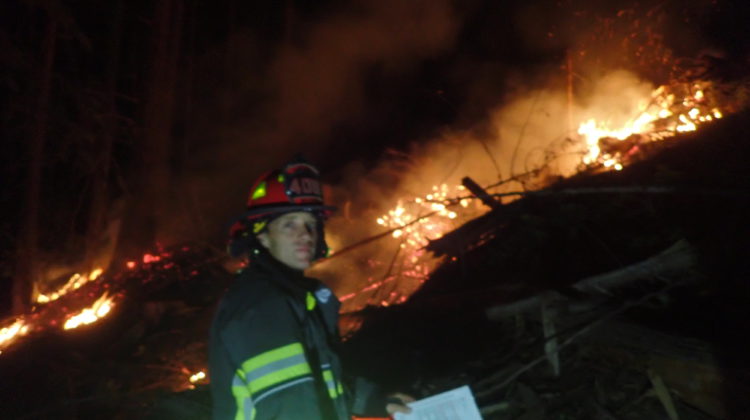 “The cause of the fire was readily apparent with a large Douglas Fir tree having been hit by lightning during last night’s storm,” said crews.

Upon arrival to the area near Selous Creek and Nelson’s domestic watershed, firefighters said the fire was burning aggressively 15 metres wide and 20 metres long in a heavy timber area.

Using roughly 5000 litres of water and firefighting foam, Nelson Fire and Rescue said the fire was knocked down and is under control.

In total, four firefighters, one fire engine, and one water tender responded to the fire and no one was injured during the incident.

“Nelson Fire & Rescue Services would like to remind residents that conditions are very dry under the forest canopy and, fires can spread rapidly,” said crews. “We would like to thank the caller from a nearby residence who dialed 911 enabling a rapid-fire response. Wildfires in the broader South East Fire Centre can also be reported by calling 1-800-663-5555 or *5555 from your cellphone.”