Trail RCMP seize drugs and a gun during alleged theft 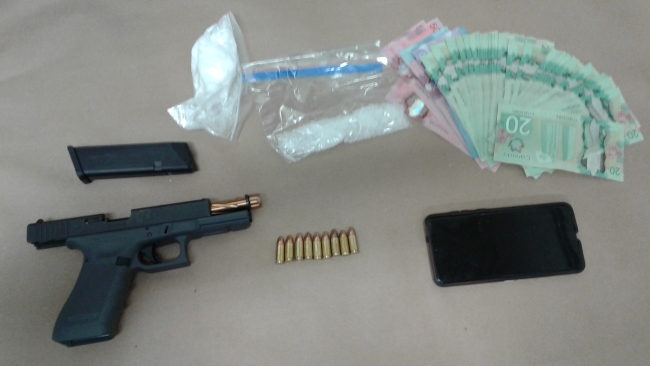 A report of a possible theft in progress led Trail and Greater District RCMP to seize drugs and a gun.

On Thursday, June 3rd, RCMP responded to the incident on Cedar Avenue, and officers said they later arrested the suspect in the 800-block of Farewell Street.

According to police, the 37-year-old Castlegar man was released from custody on a $1,500 cash surety with a number of conditions and is set to appear in Rossland Provincial Court on June 24th, facing potential drug trafficking and weapons-related charges.