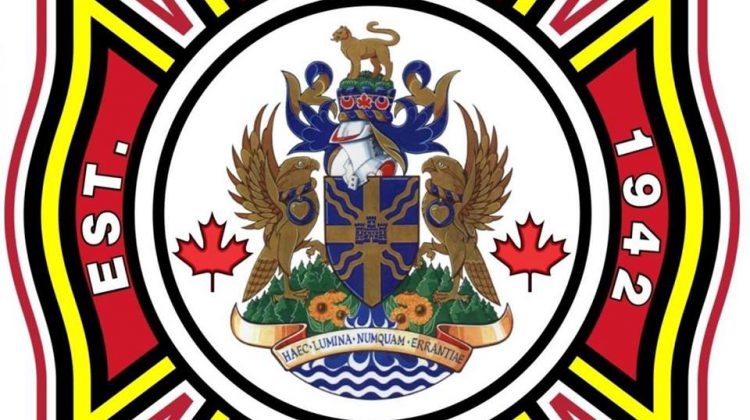 (Supplied by the Castlegar Fire Department)

The Castlegar Fire Department responded to a vehicle fire on 2nd Street in downtown Castlegar.

On Monday afternoon, the owner of the vehicle said the SUV was parked and not running when it caught on fire. The SUV then started to move forward when the owner and a nearby neighbour stopped the situation from potentially getting worse by putting rocks under the tires to get it to stop.

Crews believe the fire was caused by an electrical malfunction originating in the engine compartment.

When arriving on the scene, firefighters said the flame was out of control and had to use the water turret on the front of the fire truck to began to put out the flame. Once the fire was more contained, crews finished extinguishing the blaze with a hand-held hose.

In total, ten firefighters were called to put out the flame and the Castlegar Fire Department said no one was injured in the incident.