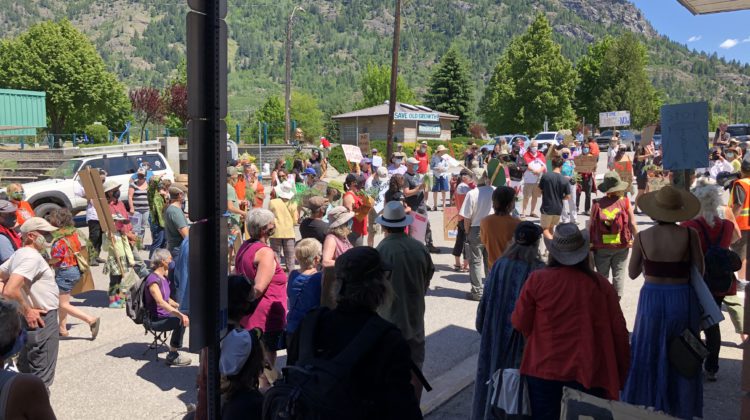 A protest of old-growth logging within B.C. led to the arrest of four individuals yesterday afternoon in Castlegar.

The near 150-people protest started outside of Kootenay-West MLA, Katrine Conroy’s office at around 12:00 p.m. and then moved down the streets of Castlegar towards the RCMP Detachment and City Hall building.

“We are outside of Katrine Conroy’s office because she knows what’s happening and she has not contacted us, we have contacted her many times,” said one of the protestors to MyNelsonNow. “We are trying to raise awareness. We want the 14 old-growth recommendations put in place which is sustainable logging for old-growth and other forests as well, that is one of our main things.”

“We’re going to march around Castlegar. We might sit in the street and have some civil disobedience, it might lead to an arrest which will be really impactful.”

By about 5:00, Castlegar RCMP said the arrests would be necessary and criminal charges would be forwarded to the BC Prosecution Service for consideration. About 15 minutes later, officers said the number of protestors reduced to just over 20 people who still refused to clear the road.

The primary concern of police was, of course, public safety, police officer safety, and the preservation of the right to peaceful, lawful, and safe protest, said Sgt. Monty Taylor, Detachment Commander of the Castlegar RCMP. Front line officers and city officials worked quickly to re-direct traffic safely around demonstrators and properly notify all other emergency services personnel. While RCMP established and participated in ongoing discussions with a group-appointed police liaison.

According to police, the remaining people were given the opportunity to leave the area, or relocate to another location to lawfully protest or they would face arrest and potential criminal charges.

“Ultimately four individuals, who range in age from 14 to 34, refused to vacate the highway and were arrested by police,” said Castlegar RCMP. “The youth, who was not handcuffed, was released a short time later into the custody and care of a guardian.”

Officers said the other three people were released from custody and each will appear in Castlegar Law Courts on August 25th on potential charges. 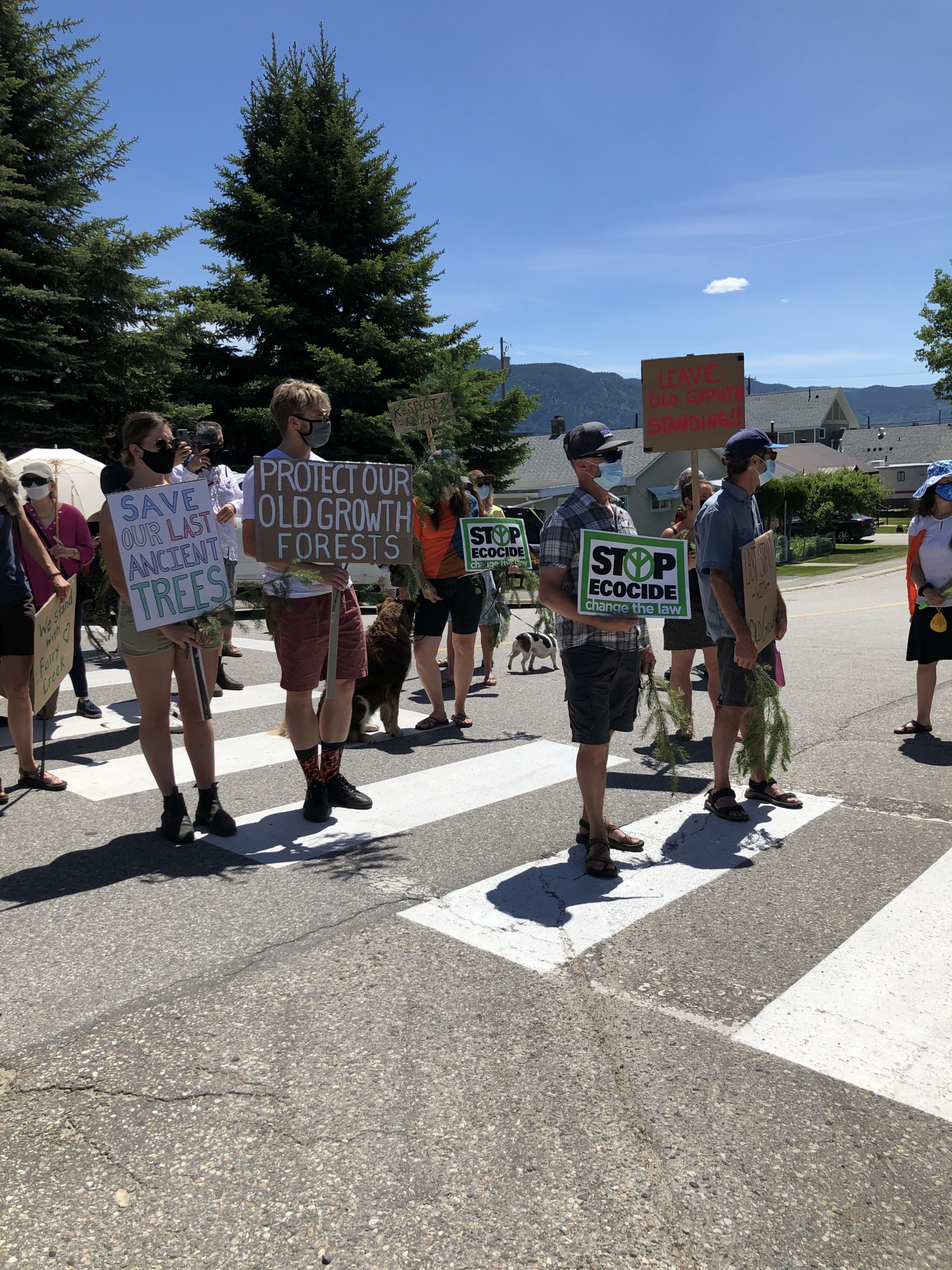 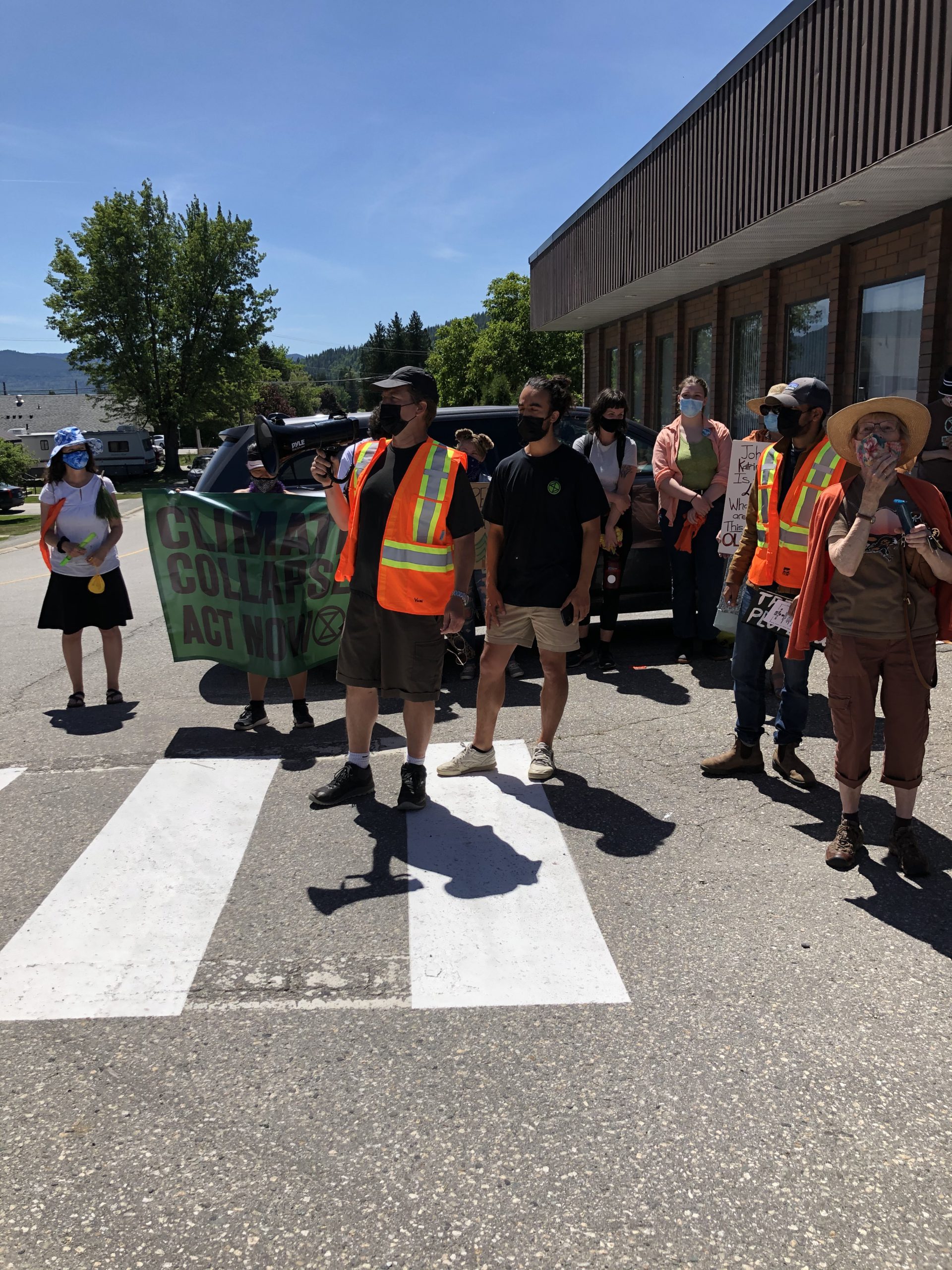