Nelson Fire and Rescue puts out fire in Gyro Park 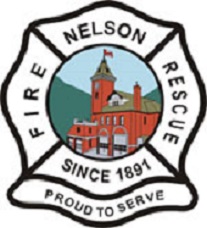 Early Monday morning, Nelson Fire and Rescue responded to the report of a fire and a minor explosion.

At roughly 2:37 a.m. crews said they were called to a wooded area between Vernon Street and the top of Gyro Park.

“Upon arrival, a brush fire was observed in a wooded area, mid-slope, covering an area 10m by 5m, with flames extending 3m into the air and trees,” said Nelson Fire and Rescue.

According to firefighters, there was one distraught person near the fire. He was taken to the hospital for treatment.

“A small propane cylinder appears to have been in use and the reported explosion is suspected to be from the cylinder venting upon excessive heating,” said crews. “The fire is not suspected to be maliciously set.”

In total, four firefighters were called to the scene along with one fire engine, and one utility vehicle. Nelson Fire and Rescue said it took about 2200 litres of water and some firefighting foam to extinguish the flame.