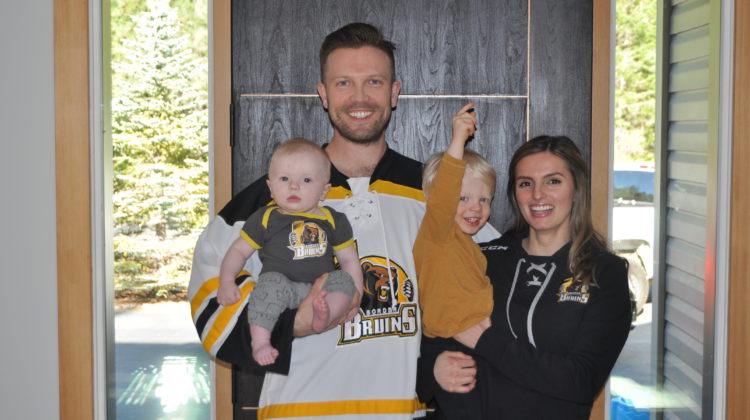 Szynkaruk is replacing the community-owned Grand Forks Border Bruins Association as the owner of the Junoir B hockey team.

“The first thing is that the Border Bruins is a legacy team,” said Szynkaruk on what it means to him to own the franchise. “It comes with an immense amount of pride to be involved with something that has been run successfully for that long. The team means a great deal for the community, so as somebody who’s immersed in the well-being of folks in town I think this investment to make the on-ice product the best possible in Junior B is wonderful to be part of.”

After moving to Grand Forks in 2017 from Komoka, Ontario, and taking over his family practice, Szynkaruk became interested in the team and trying to figure out how to help the club. He thought if the team had private ownership and more financial resources then it would make the program more competitive and bring the devoted fans back to the Jack Goddard Memorial Arena.

“Everything I put my mark on I am going to put in my best and a lot of what ownership comes down to is having a sustainable financial future,” said Szynkaruk. “I was able to offer that in addition to my relationships in the community to bolster the resource pool that the players will have. I think that if we could have some moderate to good years, people will come back to support the club and the boys.”

When it comes to the roster, Szynkaruk knows that it is a junior league and along with winning, he also wants to mold the athletes into young men. One way he plans on helping his players is through the team’s education program. Szynkaruk expects every Border Bruins player that has graduated from high school to take at least one university course or a program at Selkirk College, with their tuition fully paid for by the organization.

“We want to bring in the best players and people,” says Szynkaruk. “We want to develop them and move them through the pipeline whether that’s going to the NCAA or Junior A; that’s the vision I’m setting forth.”

The Grand Forks Border Bruins are the only continuous member of the KIJHL since they joined the league in 1969. In their 52 year history in the league, the Border Bruins have not won a championship but did lose in the finals in the 1973-1974 finals to the Cranbrook Colts.