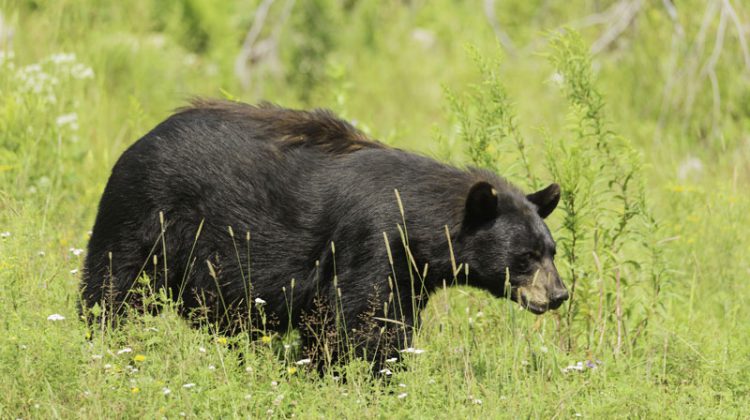 A large black bear got caught inside a truck in Rossland, ironically on Black Bear Drive

That from Trail and greater detachment RCMP who said on April 20th, the bear successfully opened the door and climbed inside. however, the door closed behind him and he became trapped.

“Front line RCMP officers attended and strategized a plan to help the bear escape without injury to anyone or the bear,” said Cst. Sherri Karn. “With both police cruisers nosed into the front of the truck, a long rope was then tied to the driver’s side door handle. With both police officer’s safely inside their police vehicles the rope was pulled and the door opened allowing the black bear to exit the truck and make his way back to the forest.”

Police said they believed the bear was drawn to the truck because of the alluring smell of fast food packaging that was left inside.

RCMP is reminding the community of the importance of not leaving any household food garbage outside of the house or inside motor vehicles as it will attract pests both very big and small.