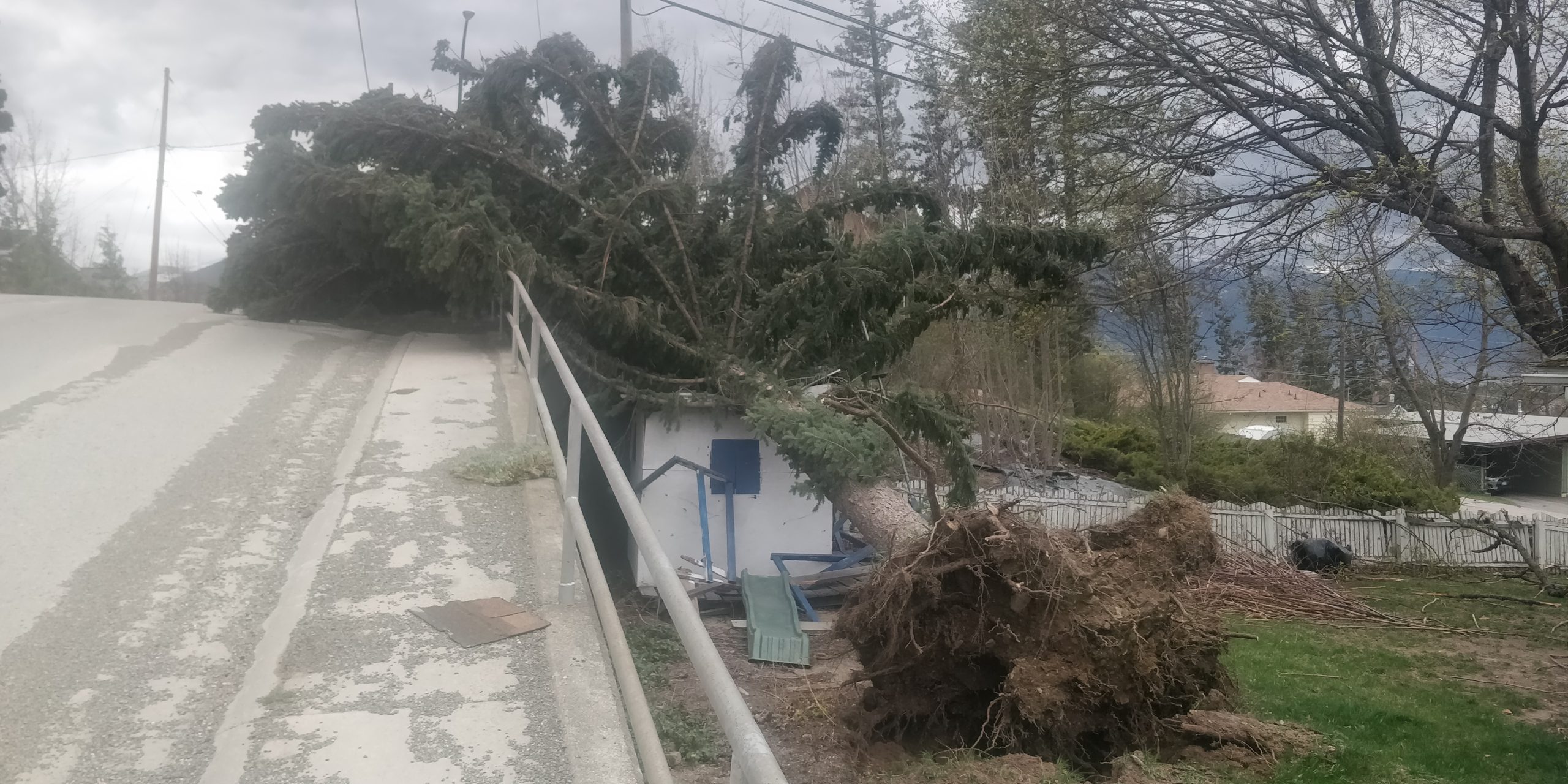 Though Fortis BC has already restored power to at least 3000 homes, many businesses and residents may have to wait until 11:30 p.m. for electricity. Many more have their estimated time of restoration “N/A”.

For current outages reported by Fortis BC, and estimated restoration times follow this link.

Communities still without power include Slocan down to Vallican, Salmo and Fruitvale. Much of the East Shore of Kootenay Lake has no electricity as well as pockets in the Creston Valley.

Fortis BC crews will no doubt be swarmed with cases as one cannot walk three steps outside in Creston without seeing debris. The sound of chainsaws can be heard every few blocks. The tops of some houses have been stripped of their shingles, even those with metal roofs are shaped like curled butter.

as of now, for any more power to be restored, crews will have to work in the dark.

From as far north a Kaslo down to the U.S. border, strong steady winds paired with powerful gusts reached enough intensity to uproot trees.

The storm began just before 4:00, lifting the dust accumulated from the winter. Streets howled in a dusty gray whirl of light debris such as leaves and small branches. It became evident that the severity of the wind would call for emergency crews as sirens could be heard as the storm progressed.

For current outages reported by Fortis BC follow this link.