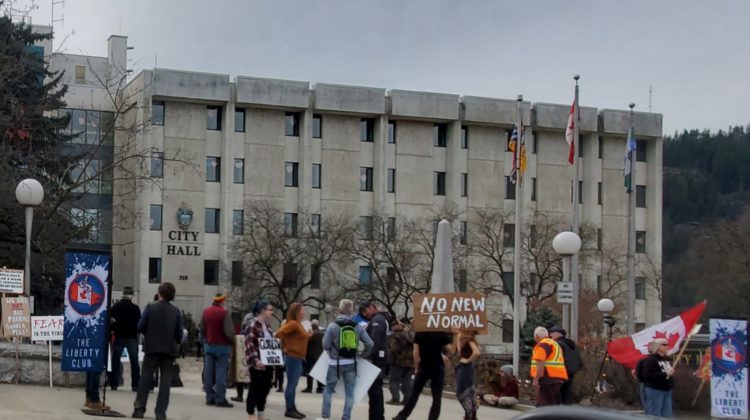 Nelson Police said they handed out three $2,300 fines as nearly 150 people gathering at Nelson City Hall on Saturday for a “Freedom Rally” while another 75 people marched down Baker Street and Vernon Street.

According to Nelson Police, the rally and march was held around 12:00 pm.

“Nelson Police observed approximately 150 participants who gathered to listen to speakers with messaging around COVID-19 related guidelines, measures and enacted laws,” said the authorities. “Police observed some participants standing on the sidewalk in the 300 block of Ward Street where they carried signs displayed for passing vehicles and pedestrians.” 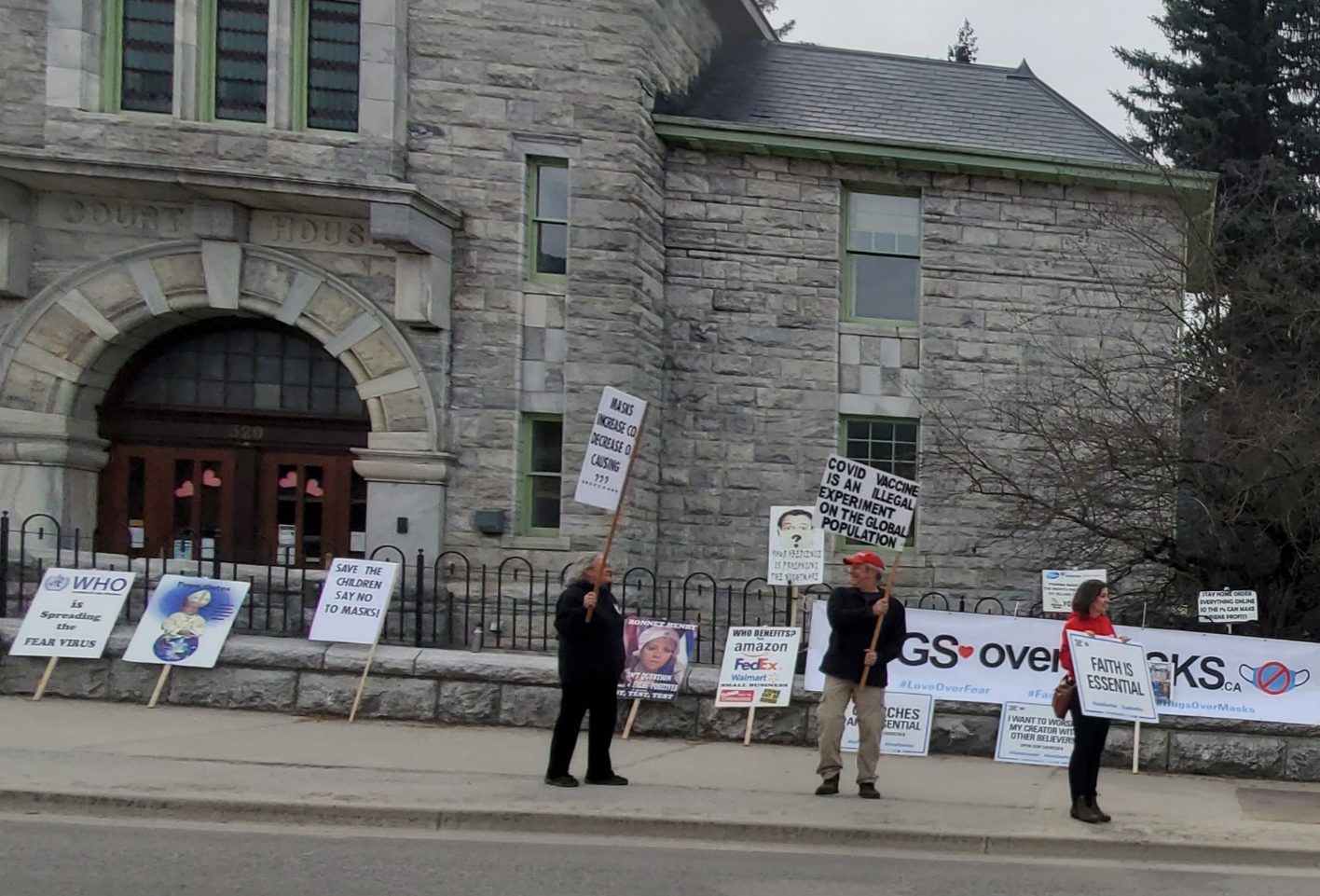 “Although the rally was observed to be peaceful, participants were in contravention of COVID-19 Related Measures Act,” added Nelson Police.

Monitoring the rally, Nelson Police said they identified several key organizers involved in the event. After the rally was concluded, police issued three separate violation tickets to including a 58-year-old woman from Winlaw, a 42-year-old man from Halfmoon Bay, and a 41-year-old man from Vancouver. Nelson Police said all three were given a $2,300 fine for organizing Saturday’s gathering.

“The public are being asked to ensure compliance of the British Columbia Public Health Order, specifically the COVID-19 Related Measures Act, and individuals who fail to comply could face fines.”