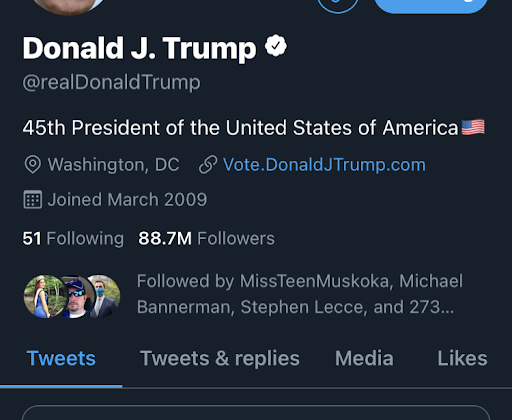 U.S. President Donald Trump has been permanently banned from Twitter.

He was locked out of his Twitter account for 12 hours on Wednesday after a violent mob loyal to him stormed the U.S. Capitol in an attempt to stop Congress from affirming President-elect Joe Biden’s victory.

Trump posted a video calling them “very special” people and saying he loved them.

A Capitol Police officer and four other people died in the incident.