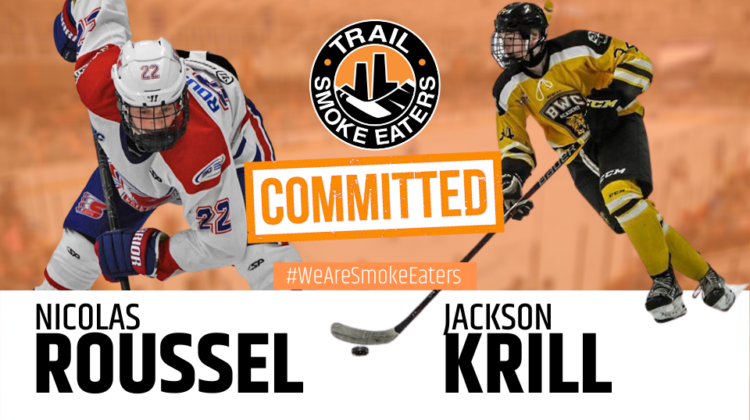 The Trail Smoke Eaters have signed two forwards to strengthen their offense ahead of the upcoming 2020/21 BCHL season.

Roussel is a Maple Ridge, B.C. native and last suited up in the Ontario Provincial Junior League. Roussel scored one goal in 12 games before sitting out the rest of the season.

“Roussel plays with pace and is difficult to play against,” said Time Fragle, Head Coach and General Manager of the Smoke Eaters. “He will provide energy to our group and he had an impressive ID camp.”

“Krill really showed well and provides a good mix of a high compete level and shoots the puck well,” added Fragle. “We are excited to add both to our program.”