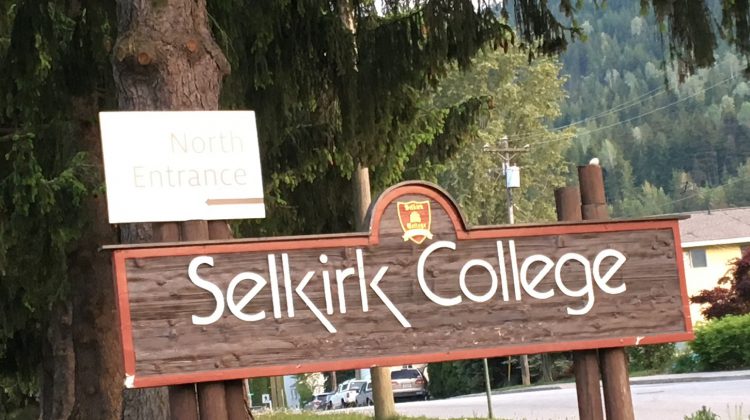 Leadership and commitment to regional post-secondary education is being recognized by Selkirk College with the addition of two new Lifetime Members on their Board of Governors.

“In their roles as board members and as board chairs, both Sharel and Bruce were key contributors who worked extremely hard to ensure that our learners are provided the education they need for success,” said Angus Graeme, President of Selkirk College. “We felt it important to recognize their respective contributions and effective governance leadership at Selkirk College.”

Sharel Wallace grew up in Castlegar and became involved with Selkirk College in 2013 before becoming chair of the board in 2016. During her three years as chair, she helped guide the college with an increase in international enrolments and the growing importance of the Applied Research and Innovation Centre.

“Being a board member at Selkirk College was an extremely rewarding experience,” said Wallace. “The staff and faculty bring so much excitement and energy to their work. They have a sincere passion for students. It was a privilege to have the opportunity to share their experiences.”

A Nelson resident since 1981, Bruce Morrison became the chair of the board for Selkirk College in 2011. During his four years in the position, Morrison was able to help the College begin renovations to the Silver King Campus in Nelson. The project was worth approximately $23-million.

“Selkirk College provides a local gateway to so many,” said Morrison. “For some it’s finishing their Grade 12 diploma, others it’s getting a trade, while still others need it as a stepping stone to further advanced education. Selkirk College keeps people working in the region they grew up in, through many varied disciplines. Employers value the homegrown talent and know they are here to stay. They grew up here or chose to move here, so they love it here and when they graduate are very likely to be great long-term employees.”

Wallace and Morrison join eight other Lifetime Members on the Selkirk College Board of Governors.

Sharel Wallace (left) at the annual Selkirk College Gala at Nelson’s Tenth Street Campus in 2016 with college president Angus Graeme (right). The former Board of Governors chair has been given the honour of Lifetime Member for her years of service to regional post-secondary (Supplied by Selkirk College)

Bruce Morrison (left) at the annual Selkirk College Convocation
ceremony on the Castlegar Campus in 2014 with valedictorian Hart Joron. The former
Board of Governors chair has been given the honour of Lifetime Member for her years of
service to regional post-secondary (Supplied by Selkirk College)