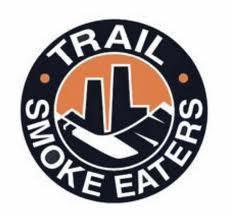 The Trail Smoke Eaters have made a pair of trades ahead of the upcoming season.

The Smoke Eaters have acquired 18-year-old defenseman, Carson Hemenway, from the Notre Dame Hounds of the SJHL for future considerations.

Hemenway is from Ladner, B.C, and spent last season playing for the BCHL’s Alberni Valley Bulldogs and Penticton Vees. The young defenseman played 28 games with the Bulldogs (1G, 7A, 8P) before finishing out the season with the Vees, skating in six games. Hemenway was moved from the Vees to the Hounds but will remain in the BCHL and suit up with Trail this coming season.

The Nanaimo native spent the first half of last season playing with the AJHL’s Fort McMurray Oil Barons. In 17 games, Pow had three points, scoring two goals and tacking on one assist. The second half of the season, Pow suited up with the Smoke Eaters, putting up another three points in 21 games, all of which were assists. 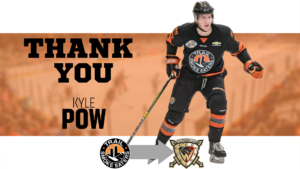 Trail is looking to build off a good season that saw the team finish with a 36-17-2-2 record to earn 77 points, which was good enough for a second-place finish in the BCHL’s Interior Division. The team went on to make the playoffs and were able to sweep the Prince George Spruce Kings in the first round before the season got cancelled due to the COVID-19 pandemic.