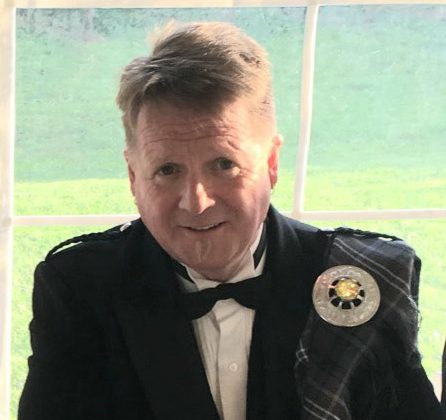 Cst. Allan Young died on Tuesday, July 21, 2020 after injuries sustained during an off-duty altercation in Nelson on July 16, 2020. (Supplied by Abbotsford Police Department)

Members of the Abbotsford Police Department are saying goodbye to Cst. Allan Young, who was assaulted in Nelson last week while off-duty.

“It is with great sadness that the Abbotsford Police Department announces the death of our officer, friend and colleague, Cst. Allan Young.”

“Cst. Young passed away peacefully last night surrounded by those who love him.”

Young was the victim of an assault on Thursday, July 16th in Nelson after a man caused a disturbance in the 600 block of Baker Street.

“One male was causing a disturbance in the roadway when the victim approached him and a physical altercation ensued,” said Nelson Police during their preliminary investigation. “A 26-year-old man has been arrested in connection with this incident.”

No formal charges have been laid against the suspect.

Abbotsford Police are now remembering Young, who joined the department on March 2, 2004, after beginning his police service in Toronto in 2000. Young spent time in Patrol and on the Drug Enforcement Unit in Abbotsford.

“We are deeply saddened by the loss of our brother officer. His smile, personality and character cannot be replaced and will forever echo in our hallways.”

Young immigrated to Canada in 1997, as he was born and raised in Dumbarton, Scotland. Abbotsford Police said at the age of 16 he entered the British Royal Navy as a Marine Engineering Mechanic, where he served until 1987.

“We extend a heartfelt thank you to our community for the support that we and Allan’s family have received.”

The circumstances of the incident last week are still being investigated by the RCMP Major Crimes and the Nelson Police Department’s General Investigation Section. Anyone with information about the assault is asked to contact Nelson Police at 250-354-3919. 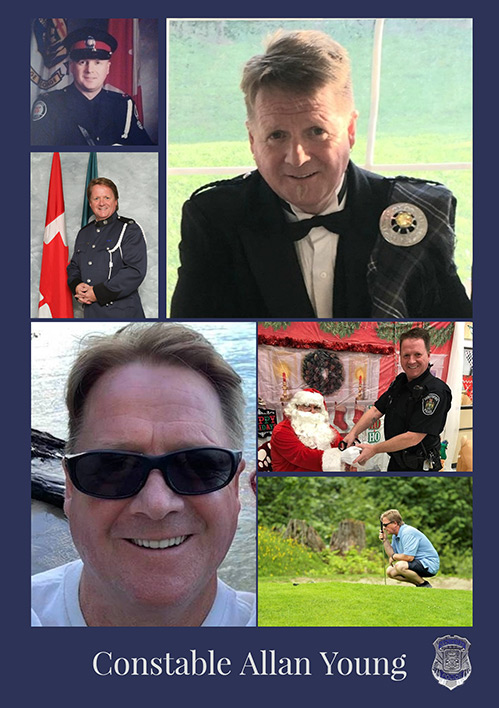 Cst. Allan Young died on Tuesday, July 21, 2020 after injuries sustained during an off-duty altercation in Nelson on July 16, 2020. (Supplied by Abbotsford Police Department)